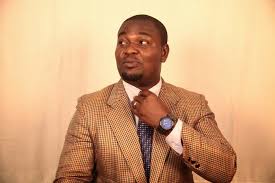 The Chief Executive Officer of Rite Multimedia, Yaw Sakyi Afari is optimistic the 2009 edition of the Sprite Ball championship will be the most keenly contested and patronised since the inception of the competition four years ago.

In fulfilments of the company’s promise to extend the competition to other parts of the country, Ashanti and Western regions have been included to the existing four (4) hence playing the competition in six regions: Volta, Greater Accra, Eastern, Ashanti, Western and Central regions.

Mr Afari reckons the new two regional additions is a manifestation of his outfit’s effort at spreading and developing the game at all the ten regions by 2011.

‘We have always maintained our readiness to spread the game and develop it from the grassroots and over the past three years, we have demonstrated that beyond all reasonable doubt.’

He added ‘We believe the fever and enthusiasm that has greeted students from the new two regions, give us reason to believe that we will have a very successful tournament there.’

‘We are ready for Kumasi and Takoradi and hopefully we will be there together with the other four existing regions beginning from Koforidua on October 17.’

Sprite Ball is brought to you by Sprite, Sprite your thirst and powered by Rite Multimedia – leaders in Basketball developments.

Nungua and Ashaiman fail to impress in Bright Tournament