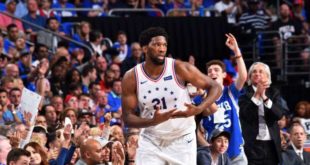 Kyle Lowry scored 25 points and Greivis Vasquez sparked a key fourth-quarter run to power the Toronto Raptors over the Los Angeles Clippers 110-98 in an NBA matchup on Saturday.

Lithuanian centre Jonas Valanciunas scored 22 points and grabbed 11 rebounds while Amir Johnson added 12 rebounds for the Raptors, who improved the best record in the Eastern Conference to 23-7.

JJ Redick scored 23 points while Blake Griffin added 22 and reserve Jamal Crawford contributed 20 for the Clippers, who fell to 20-11, sixth in the Western Conference.

Deadlocked 49-49 at halftime, the teams stayed close into the fourth quarter, which began with Toronto ahead 80-78 thanks to a Valanciunas layup five seconds before the third quarter ended.

The Raptors then began the fourth quarter with a 13-2 run sparked by Venezuelan guard Vasquez, who made two 3-pointers and another basket for eight consecutive points in the pivotal spurt.

That put Toronto ahead 93-80 with nine minutes remaining and the Raptors held off the hosts from there for their seventh win in eight games. 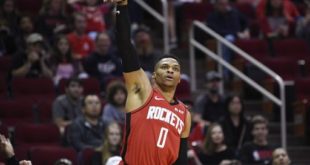