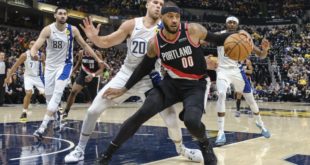 Oklahoma City’s Russell Westbrook poured in 41 points to lead the Western Conference to a 163-158 victory over the East on Sunday in a record-setting NBA All-Star Game.

The total points scored in the 64th edition of the mid-season showcase surpassed last year’s 163-155 Eastern Conference win for the highest-scoring NBA All-Star Game in history.

Westbrook earned Most Valuable Player honors as he fell one point shy of the All-Star game record of 42 set by Wilt Chamberlain back in 1962.

Westbrook’s 27 first-half points were a record and he closed out the contest with two free throws — a rarity on a night when spectacular offensive moves were the order of the day and defense was conspicuously absent.

The Western Conference’s 25 three-pointers were the most ever for one team in an All-Star Game, and the combined 48 three-pointers from both teams were also a record.

Houston’s James Harden, the league’s leading scorer heading into the All-Star break added 29 points, eight rebounds and eight assists for the West, who built a 20-point lead in the first half only for the East to trim the deficit to one point at the interval.

The score was knotted at 148-148 with just over four minutes remaining when the West pulled away. 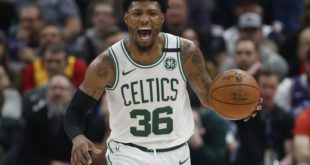