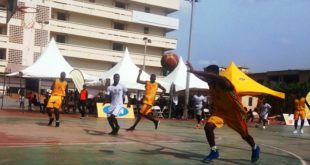 So there’s something up with LaMarcus Aldridge. Earlier this week, ESPN’s Zach Lowe predicted the Spurs will “explore” trade talks this season, suggesting that Aldridge is not 100 percent off the board. It didn’t get much traction, because it wasn’t a solid “the Spurs are looking to deal Aldridge” and it didn’t reflect any thinking on the part of the Spurs. Lowe’s basic assessment was “the Spurs are too smart not to consider trading him.”

The Spurs are self-aware. I have a hunch they know this is something of a placeholder season, and that without some injury luck swinging their way at the right time, they are a tier below Golden State. Aldridge is 31, six years older than Kawhi Leonard, and his trade value will never be higher; he can opt out of his contract after the 2017-18 season.

The Spurs will see if this team outperforms expectations. If it doesn’t, they should take calls on Aldridge. He’s really good, and there are a lot of impatient owners chasing immediate gratification. If opportunism meets desperation, the Spurs could fleece some rival and restock with a bundle of assets that better line up with Leonard’s timetable.

The odds are against any deal happening. Signing Gasol to a two-year deal (with a player option for 2017-18) is something of an all-in move, and even if Gasol opts out after this season, the Aldridge-Leonard combo is a shiny lure for free agents. But if the season unfolds the wrong way, here’s betting the Spurs at least listen.

That alone, like I said, didn’t make many waves. Then the venerable Jackie MacMullan, of ESPN and CSN New England, had some things to say this week on the subject. It was in the course of a conversation, but her comments were … provocative.

“Sources were telling me the other day that LaMarcus Aldridge may not even finish the year with the Spurs. That experiment hasn’t quite worked out the way they hoped.”
MacMullan goes on to say in the clip she would not trade for Aldridge if she ran the Celtics, as there is “some stuff going on.” She doesn’t explain what she means by that, and so it’s easy to kind of pass off her comments as hearsay and innuendo. But it’s important to remember that MacMullan is a Curt Gowdy Award Winner from the Naismith Hall of Fame and one of the most respected long-time reporters of the league. Combine that with Lowe’s previous comments, and you can definitely say there’s smoke.

Here’s where it gets complicated. “Why isn’t there actual reporting here?” Well, first off, judging from MacMullan’s comments, it’s not a typical “Oh, he’s not fitting there basketball-wise and the team might think they could be better.” It seems like it might be more complex than that.
Second, this is the Spurs. They are a top-notch organization. RC Buford and Gregg Popovich run a first-class program and conduct all affairs with professionalism. They also don’t leak anything. Every year you get indications that they “could be looking in the trade market” and then nothing happens and that’s it. Their thinking is shrouded; it’s just not how they do business.

So any ongoing drama with Aldridge internally wouldn’t really come out in the media. Of course, the other explanation for that is that there genuinely is no drama there. Basically, Aldridge is Schrodinger’s cat, both being traded and not being traded at once. The team did elect to let this be known through the San Antonio Express-News.

Aldridge had a terrific first season with the Spurs, and his playoff performance during the first three games vs. the Thunder was simply epic. He was unstoppable, until he was shut down, and the series turned. But he looked like he fit in with the system and culture; there’s been no indication of him being unhappy or there being trouble, so that should weigh into the conversation.

If the Spurs were to consider trading Aldridge, you would have to move him to a team looking to compete right now. Chicago would be a natural fit, but they are short on players with impact and upside; Wade and Rondo wouldn’t interest the Spurs and the Bulls wouldn’t want to add Aldridge while losing Jimmy Butler in the deal. They have some good young pieces but no star material. The Heat might consider it, but would have to deal Goran Dragic and Justise Winslow, for starters.

The Celtics would be a natural fit, as Aldridge would be worth losing Avery Bradley or Jae Crowder along with the Nets pick for, and would make them a serious force in the East with LMA next to Al Horford. Horford’s old team might consider moving Paul Millsap (whom they nearly traded this summer) for Aldridge to pair with Dwight Howard. And the Raptors would definitely want in on the conversation.

If the Spurs were open to dealing him, they would have a lot of offers. But that’s a long way off. For now, there’s too much to just ignore with Aldridge. It might be fine, and blow over, but there’s at least some smoke and a few sparks with this situation, it’s reasonable to assume.