After 15 seasons in the NBA, two-time All-Star David West has retired. 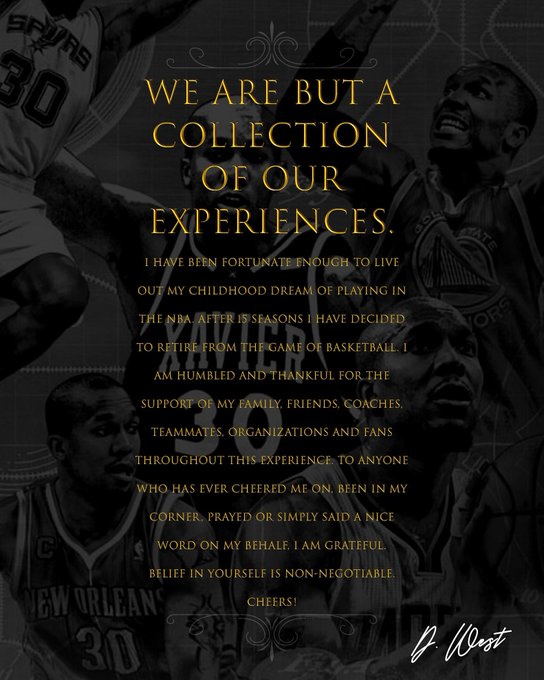 When West returned to the Golden State Warriors last season on a one-year deal, TNT’s David Aldridge reported it would be his final year.

A first-round pick by the New Orleans Hornets in 2003, West spent his first eight seasons with the franchise. He played in back-to-back All-Star Games in 2008 and 2009, averaging a combined 20.8 points and 8.7 rebounds in 152 games during those two seasons.

West is the Hornets’ franchise leader with 530 games played and 17,160 minutes played.

After leaving the Hornets following the 2010-11 season, West spent four seasons with the Indiana Pacers and one season with the San Antonio Spurs. He joined the Warriors prior to the 2016-17 season, winning his first career NBA title in June 2017, and he added another one this summer.

In addition to West’s achievements in the NBA, he was also one of the most successful college basketball players at Xavier from 1999-2003. The New Jersey native won three straight A-10 Player of the Year awards from 2001 to 2003 and was named the Associated Press National Player of the Year as a senior.

Brimah’s activity with Indiana Pacers cools off after early surge

Brimah’s activity with Indiana Pacers cools off after early surge