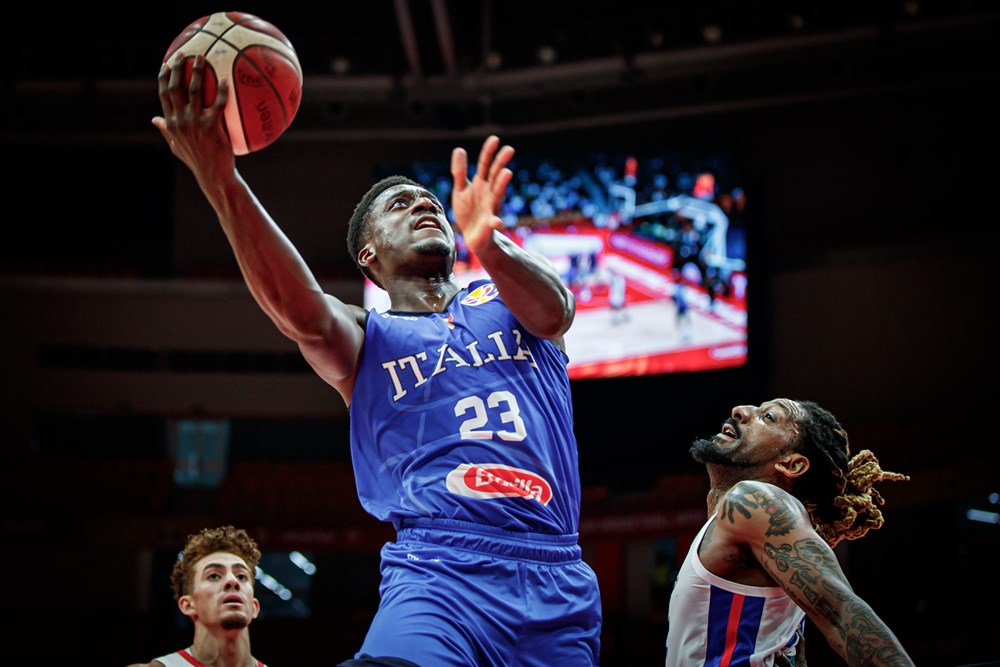 Italy recovered from a 26 point deficit to beat Puerto Rico 94-89 in the final game for both sides in the competition taking place in China.

Abass played 38 minutes and contributed 14 points, eight rebounds, a block and steals as he played extended minutes in the absence of Alessandro Gentile and Luigi Datome who had injury concerns.

The stat line was Abass’ highest in the tournament; prior to beating Puerto Rico, the 26 year old’s best performance was an 11 point, three rebound showing against Angola in 19 minutes.

The win over Puerto Rico ensured Italy ended its campaign with three wins in five games and secured qualification to the 2020 Olympic Games in Tokyo.