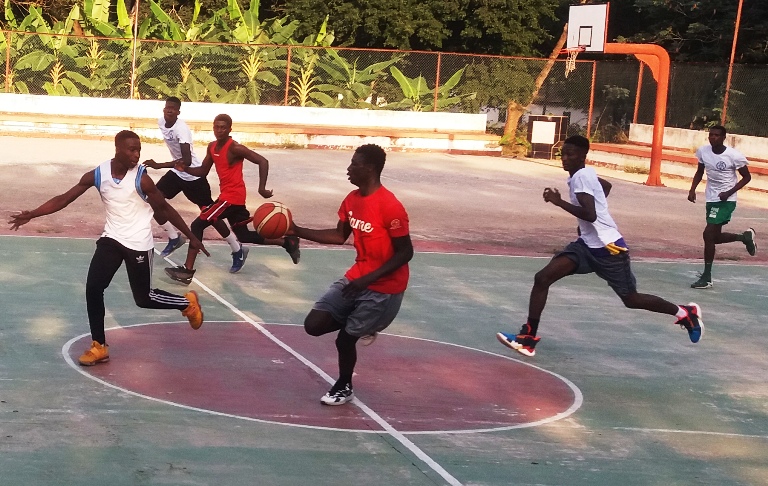 DUNK Knights has a “lot to learn” to help in its participation in the Accra Basketball League (ABL) Men’s Division II according to Guard Jesse Amegbo.

He made this known in an interview with Basketballghana.com after the team scrimmaged with Greater Accra Region’s High School Male Team at the Achimota School recently.

Speaking to Ghana’s leading basketball portal, Amegbo identified areas his needs to improve on to improve its standing in the league. DUNK ranks bottom in the nine team league standings.

“From playing this game I think DUNK has a lot to learn a lot of basics to learn to help us in the league we are playing such as box out and communication and all that” he said.

DUNK has recorded three wins in 10 games played thus far in the campaign and has a 13 point tally for its efforts. The team trails league leader University of Ghana by eight points.

DUNK won’t compete in tomorrow’s fixture in the division that has Ghana Air Force taking on Novas.

Would love to host basketball clinic in Ghana-Ogwumike

Would love to host basketball clinic in Ghana-Ogwumike