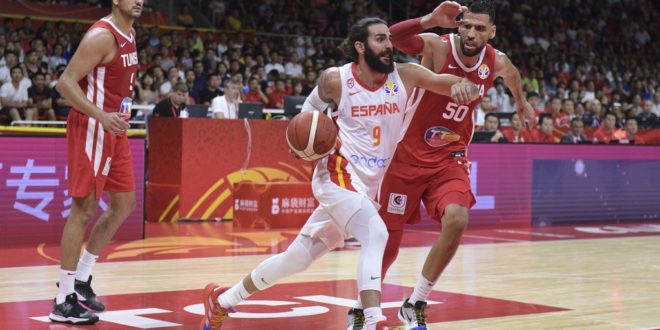 The Spaniard came into the quarterfinal matchup against Poland tied with Argentina’s Pablo Prigioni for the all-time lead at 124.

Rubio notched record-setting assist No. 125 early in the second quarter on his way to a 19-point, nine-assist performance in the 90-78 win.

Spain now advances to the semifinals against the winner of Wednesday’s Czech Republic-Australia quarterfinal, the latter of which will include Suns center Aron Baynes.

Should Australia beat the Czech Republic, the two Suns will face each other in the semifinals on Friday.

The United States sits on the other side of the bracket and take on France in the quarterfinals on Wednesday, with the winner facing Argentina in the semifinals on Friday.