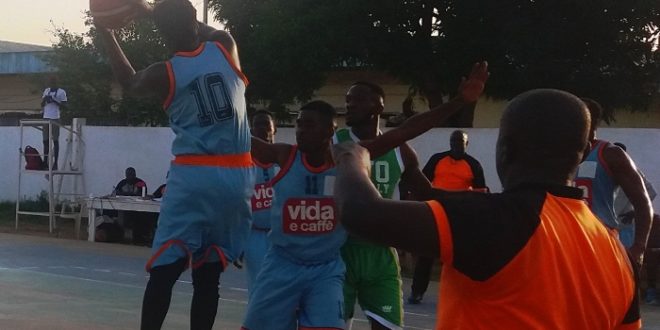 Magic was attempting to win a third game in a row but a clutch performance from Fire thwarted Tudu’s effort. Fire maintains its third place in the league standings.

Fire completed the comeback to lead 16-9 after the first quarter with Dugbennu scoring 10. Fire’s frontcourt duo of Bashiru Abdul and Emmanuel Ocquaye tipped in rebounds.

Ocquaye opened the third quarter with a trio of layups. Razak pump faked twice before scoring a simple layup. Magic’s veteran Forward Richard Borsah stole the ball and delivered and up and down layup for his side. Tudu trailed 31-36 with 4:35 left to play. Magic ended the quarter on a strong note scoring four points to trail 35-36.

Mohammed stole that ball off Amralo and scored to cut into Fire’s lead but Okoe drained a three point on the immediate possession in response. Fire led 49-45 with 47 seconds remaining but Fire got points from Ocquaye and Jibril Mohammed to clinch the win for Fire.

For the third consecutive year, Giannis Antetokounmpo and LeBron James will face off as team …