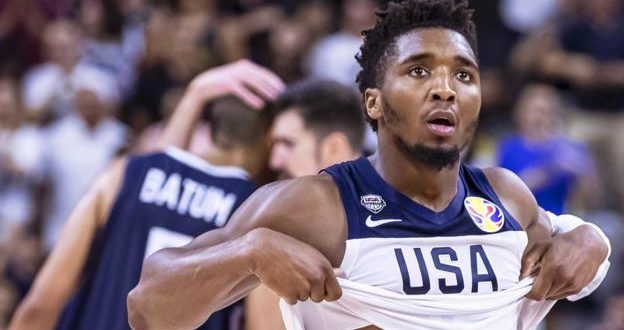 Champions No More; era of change is here

For the average basketball follower or fan, the United States of America’s 79-89 loss to France in the ongoing FIBA Basketball World Cup in China is the biggest shock. On brand value and in terms of history, it is the biggest loss in the competition considering the USA had not lost a game on the international stage since 2006.

Those mid years in the early 2000’s were pretty dire for the mighty basketball nation since it started fielding NBA players for its teams. The 2004 Olympic Games ended in a bronze medal despite having talented players such as Allen Iverson and youngsters LeBron James and Carmelo Anthony on it. Two years later, the same result panned out as America missed out on the gold medal to Spain.

Those days were checked into order with back to back Olympic gold medals with those teams dubbed the “Redeem Team”. Sandwiched between those glorious teams was the 2010 World Cup winning team filled with standout young players like Kevin Durant, Russell Westbrook and Steph Curry. Others like Kyrie Irving, James Harden and Klay Thompson would join to win another Olympic and World Cup gold medal in 2014 and 2016 respectively.

However, for keen followers of the 2019 World Cup and the events prior, USA’s loss to France isn’t the biggest shock rather Argentina’s 97-87 win over Serbia is. After falling to USA in 2014 and 2016 and having a roster laden with rich NBA talent in Nikola Jokic, Bogdan Bogdanovic and Boban Marjanovic, Serbia was the biggest threat to USA’s throne.

However, it was the Argentines far removed from its gold medal winning feat in 2004 who moved to the semifinals at the Serbs expense.

Argentina was led by 39 year old Forward Luis Scola who was a member of the historic team 15 years ago. A sound argument could be made there was an even playing field when several established players in the NBA opted to decline invitations to the USA. Top tier stars like James, Curry and Westbrook weren’t interested in the first place as second tier stars like CJ McCollum and Bradley Beal opted out due to varied reasons. Third tier stars like Kemba Walker, Khris Middleton and Donovan Mitchell headline a team that had guys who are years away from establishing themselves as difference makers in the NBA like Derrick White and Joe Harris on it.

To top it off, nagging injuries to Jayson Tatum prevented him from playing against France while Marcus Smart’s recovery from injury took place during the tournament. Smart clearly was not in the best shape and having Middleton convert just one of his five attempts from three point range didn’t help. The warning sign had been delivered in the preliminary stage when Turkey failed to score four free throws attempts to beat USA only to lose in overtime.

Playing tough defense was bound to be the trump card for the Americans who lacked the firepower previous teams possessed thanks to the abundance of talent. Heading to the quarterfinals, USA averaged just 87 points in the competition which was the eighth best in the tournament. On the other hand, USA averaged 101 points at the 2016 Olympics with Durant, Kyrie and Carmelo Anthony leading the offense.

In 2012, the average mark was 116 points for the Americans as LeBron James and Kobe Bryant led the charge. Not scoring enough but failing to win in other areas of the game contributed largely to USA’s quarterfinal loss. For starters, France registered 44 total rebounds in the matchup while USA registered 28 as USA converted just seven of 20 three point attempts. France shot poorly from three point range converting eight of 23 attempts but outrebounding the Americans to the tune of 16 proved to be a key contributor.

With more international players finding their way into the NBA, the talent gap has closed significantly over the past decade. Players from several countries compete against the best players in the NBA on a nightly basis France’s Rudy Gobert proved it. The Utah Jazz Center has bagged two Defensive Player of the Year Awards in the NBA and made his presence count to the tune of 21 points, 16 rebounds and three blocks.

Orlando Magic Guard Evan Fournier led France with 22 points and unless USA’s best players return to the national team fold, a similar story could pan out in next year’s Olympics. Australia is in the semifinals but its roster is was better with Ben Simmons, Thon Maker and Dante Exum on it and Canada had a dozen players from the NBA skip the ongoing World Cup.

Spain ranks as the favourite to clinch the title with Serbia and USA out of contention in manner similar to Rafael Nadal’s 19th Grand Slam win after not facing either Roger Federer or Novak Djokovic.