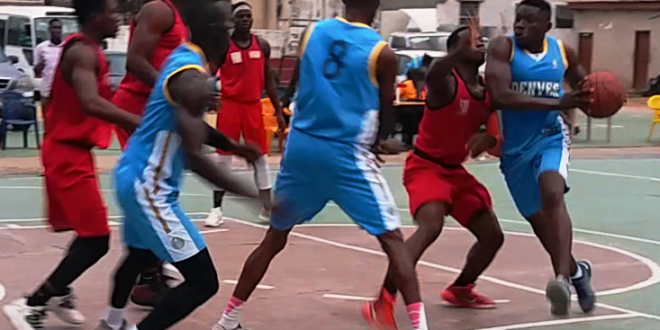 Novas trailed Ghana Air Force for most parts of its tough matchup in the Accra Basketball League (ABL) Men’s Division II at the Lebanon House Court in Tudu but emerged strong late to steal a win.

Novas beat Air Force 49-46 to condemn the latter to a second straight loss in the division. Air Force lost for the second time this season 52-53 to Tudu Galaxy in the past round.

Air Force trailed 6-9 before Emmanuel Lamptey scored a three pointer to tie the game. Sulley Wahab and Sampson Annan added a pair of jump shots to give Air Force an 11-9 lead. Annan delivered a block to maintain Air Force’s lead. Larry Alhassan scored for Novas in the quarter.

Wahab beat the buzzer with a jump shot to give Air Force a 25-17 half time lead. Annan tipped in a rebound earlier in the second quarter as Novas bagged a pair of points from the charity stripe.

Back to back three pointers kept Novas’ lead intact but Lamptey came off the bench to bury two jumpers as Air Force trailed 32-33. Another deep shot put Novas up 38-34 but Wahab’s layup leveled the score once again.

Previous Fire Service puts out Magic flame in Accra League
Next Champions No More; era of change is here