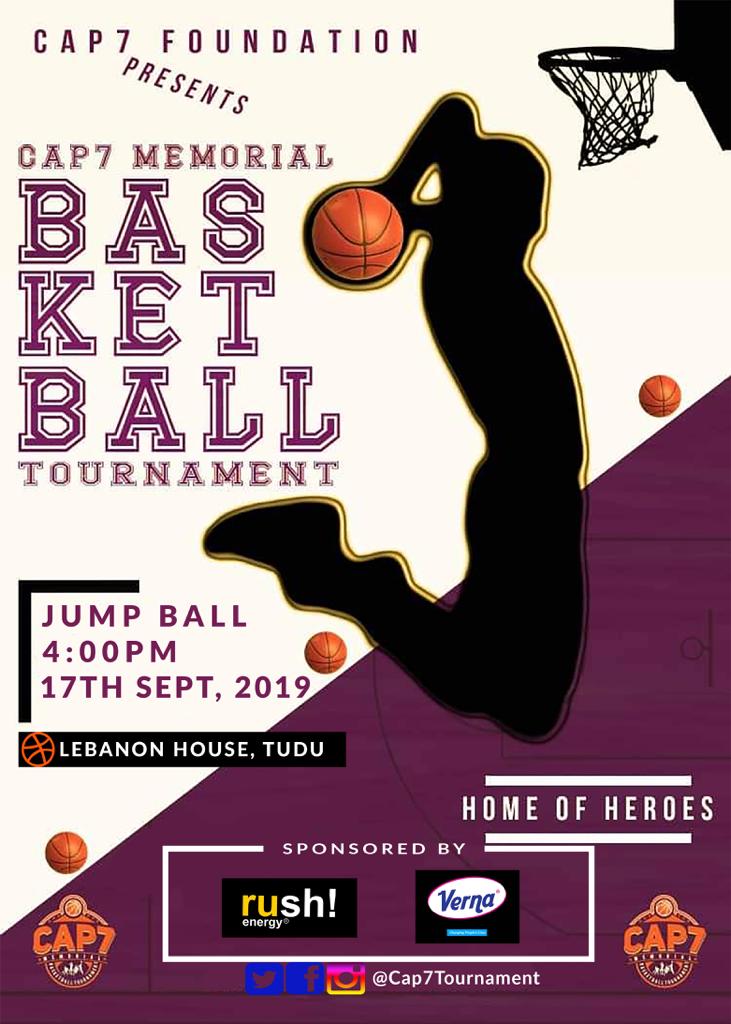 The start date for the 2019 CAP7 Basketball Tournament is officially Wednesday, September 18 Basketballghana.com can confirm.

The competition was originally set to commence on September 17 at the Lebanon House Court in Tudu but that has been changed. The venue for the competition remains same.

This year’s tournament is due to feature defending champions in the Men’s Division and Women’s Division-Adenta Leopards and Ghana Police Service respectively.

Eight teams are scheduled to play in the Men’s Division while six teams are due to compete in the Women’s Division. The tournament is slated to end on Saturday, September 21.

The change of date was made only recently as a measure to clear games in the Accra Basketball League (ABL) and give teams the chance to compete in the CAP7 Tournament.

“CAP 7” is in recognition of former ABL Chairman Benjamin Baafi who passed away two years ago after serving in multiple roles in basketball development in Ghana.

ABL Teams including University of Ghana and Reformers of Prisons will compete in this year’s tournament.