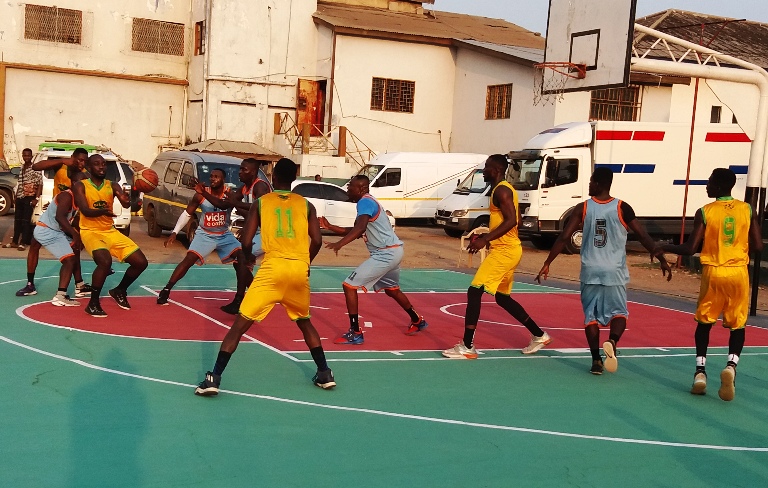 For the second in a row, Tudu Magic emerged from its matchup in the 2019 Accra Basketball League (ABL) Men’s Division I with a loss.

Earlier tonight at the Lebanon House Court in Tudu, Magic lost 38-40 to Adabraka CYO in a closely contested game that had officiating calls at the heart of several controversial instances.

However, CYO Center Melody Edwards iced the game for his side with three seconds remaining thanks to a buried jump shot.

Earlier in the day at the same venue, Braves of Customs clinched another big win thanks to a 63-24 win over Reformers of Prisons in the Women’s Division.

Edwards completed a three point play in a great start from CYO in the second quarter with Gabriel Ashaley scoring to tie the game at 14 with 4:01 left to play. Magic fared better in the latter part of the quarter and got points including a fast break layup off his weaker hand to lead 20-16 at half time.

Samuel Nyantakyi scored four straight points to tie the game at 20 early in the third quarter. Toyin Lawal stole the ball and scored a beautiful layup to give CYO a 24-21 lead with 1:35 remaining.

Abdul Razak Sibril scored four points to give Magic a 29-27 lead with 7 minutes remaining. Lawal tied the game but Borsah responded with a three point shot from the corner for Magic to take a 32-30 lead.

CYO got back in the lead thanks to a Zeed Junior jump shot 36-32 with 2:36 left to play. Razak and Mohammed scored for Magic and Adjei scored for CYO with the game tied at 38 with 56 seconds remaining. Edwards scored a tough jumper to give CYO the win.