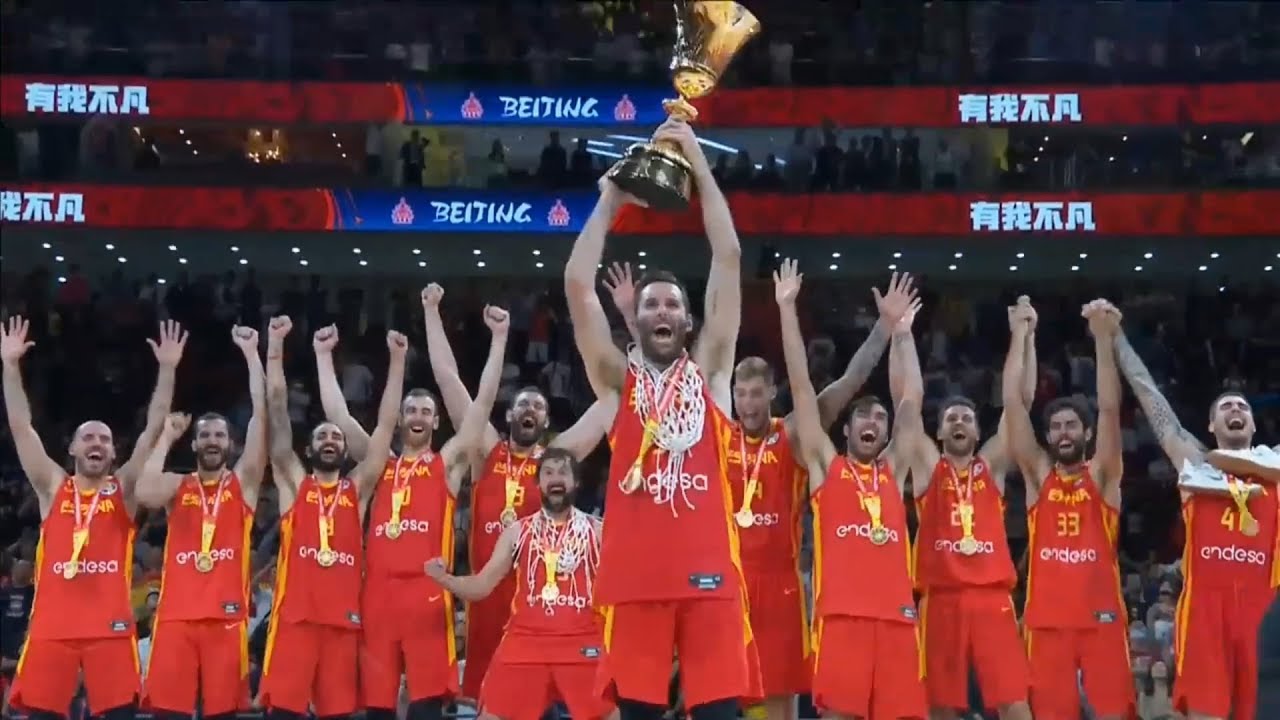 BEIJING — Marc Gasol looked to the sky as confetti fell, some sticking to his massive shoulders, and then cradled and kissed the giant golden chalice that goes to the World Cup champions.

He’s getting good at hoisting trophies.

Gasol got to bask in a championship celebration for the second time in three months — and this time, he did it for his country. Tournament MVP Ricky Rubio scored 20 points, Sergio Llull added 15 and Spain won the World Cup for the second time by topping Argentina 95-75 on Sunday.

Gasol scored 14 for the winners, who never trailed and added this crown to the one they claimed in 2006. And for him, 2019 will go down as a year the likes of which few others have enjoyed.

The Toronto Raptors center becomes the second player to win an NBA title and a FIBA world gold medal in the same year, joining Lamar Odom — who did it for the Los Angeles Lakers and USA Basketball in 2010. Gasol also became the 19th player to win either an NBA or WNBA crown along with a gold medal, either of the Olympic or World Cup variety, in the same year.

“NBA champion and a World Cup champion as well,” Gasol said. “What can I say? How does it sound to you? I feel very fortunate to be in this position and be able to play this game and help these guys be part of history of Spanish basketball.”

Llull and Rudy Fernandez — the team captain, who initially got to accept the Naismith Trophy — went to cut down the nets shortly after the final buzzer. Gasol carried the game ball to the gold-medal ceremony, and Spanish fans wept in the stands during the national anthem.

Gabriel Deck scored 24 points for Argentina (8-1), which got off to a slow start and played uphill the rest of the way. Luis Scola was held to eight points, shooting 1-for-10 from the floor.

“We’re sad right now. We’re very sad,” Scola said. “But I feel confident, in hours, we’ll be able to look back and be very proud. They just played better than us. They were better. They deserved to win. They were the better team in the game and the tournament.”

“This is basketball,” Argentina coach Sergio Hernandez said. “If you play better than the other team, you win the game. And Spain was the best team today.”

Scola, who at 39 years old was still Argentina’s best player throughout the tournament, didn’t get on the score sheet until he made a pair of free throws with 2:57 left in the third quarter. But they only cut Spain’s lead to 19, and by then the Argentinian fans who stood, sang and chanted for much of the game were relatively quiet.

The day belonged to Spain.

And the year belongs to Gasol.

Argentina: This was the third FIBA World Cup medal for Argentina, making it the fifth nation with that many after the United States (12), Yugoslavia (10), the Soviet Union (eight) and Brazil (six). Another four nations have two medals, including Spain. … Argentina fell to 2-8 all time against Spain in World Cup or Olympic competition.

Spain: It was also a double-title year for Spain coach Sergio Scariolo; he’s an assistant on Nick Nurse’s staff in Toronto. … Gasol said there will be a celebration in Madrid early this week, and then he’ll return to his Barcelona home to pack before heading to Toronto to prepare for camp. … Spain won the rebound battle 47-27.

Spain is the fifth nation to win the World Cup (or its predecessor, the world championship) at least twice. The U.S. and Yugoslavia are five-time champions, the Soviet Union won three titles and Brazil has won two.