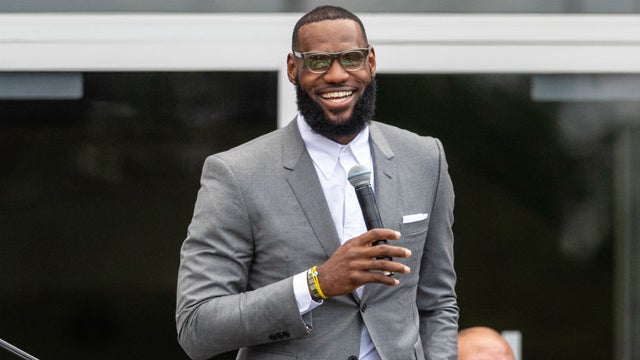 Today’s NBA players have more power and control over their own careers than ever before, and Los Angeles Lakers All-Star forward LeBron James is a big reason for that, according to Golden State Warriors All-Star forward Draymond Green. With his own career moves, Green said in a recent interview that James has paved the way for players to assert control and make the moves that they want to make.

“You know, with what [LeBron’s] done in his career that’s kind of shown everybody else the power that you have as a player,” Green said. “And that’s, you know, that’s why you saw the movement this year is because the athlete, the basketball players have taken control of their own future.

“We’ve taken control of our destiny. And I think a lot of people hate that but I think that’s one of – you know, everybody celebrates LeBron for his basketball career and the things he’s been able to accomplish. I think the doors that he’s opened for athletes and especially basketball players is his biggest accomplishment.”

You can see Green’s comments below, via CNBC:

.@Money23Green credits @KingJames for opening the doors for athletes in “taking control of their own future.”

“Everybody celebrates LeBron for his basketball career … but this is his biggest accomplishment.”

This isn’t the first time that Green has given props to James for the way that he has impacted the game off of the court. Last year, Green credited James for helping today’s athletes become better at the business side of things.

“You have to give a lot of credit to LeBron. LeBron did a great job managing his business with his partners,” Green said. “I either read it or I saw him speaking about it … he started to view himself as a partner, not someone who just had an endorsement deal. And I think a lot of athletes have started to take that back.

“Guys are much more educated, much smarter in the business field and most importantly, guys understand the leverage that we have and the platform that we have as athletes and are trying to take advantage of that.”

Green and James may be fierce competitors on the court, but it’s clear that James has Green’s utmost respect off of it.