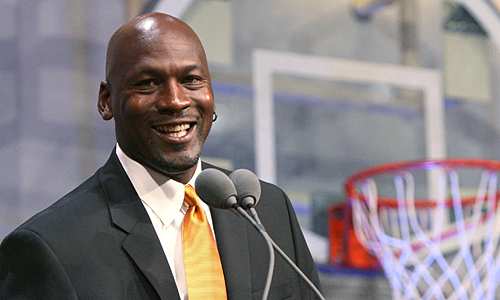 Several NBA governors are launching a new brand of tequila.

According to Sorvino, the NBA governors and Cincoro partners have already invested “several million dollars” into the venture. And Jordan also contributed to the company by serving as one of the members on the tasting team, which “tested more than 1,000 different tequilas before deciding on their own blend.”

Jordan had a particular flavor profile he was seeking in the new tequila.

“The challenge was finding that balance between smoothness and finish, because what we noticed was that as we were making it smoother, sometimes you lose the finish,” Cincoro CEO Emilia Fazzalari said. “It’s very hard to get an ultra-smooth tequila with a long complex finish with a fine flavor.”

Jordan also worked on the branding side of the operation, pairing with Nike’s vice president of innovation special projects, Mark Smith.

The group of NBA governors and Fazzalari concocted the idea for the brand one night while waiting on a table at a Manhattan pizzeria. The topic of tequila came up, and a lightbulb went off.

“That was when we realized there was an opportunity in the market to create a new tequila, a better tequila,” Fazzalari said. “We let our hair down and became true friends that night.”