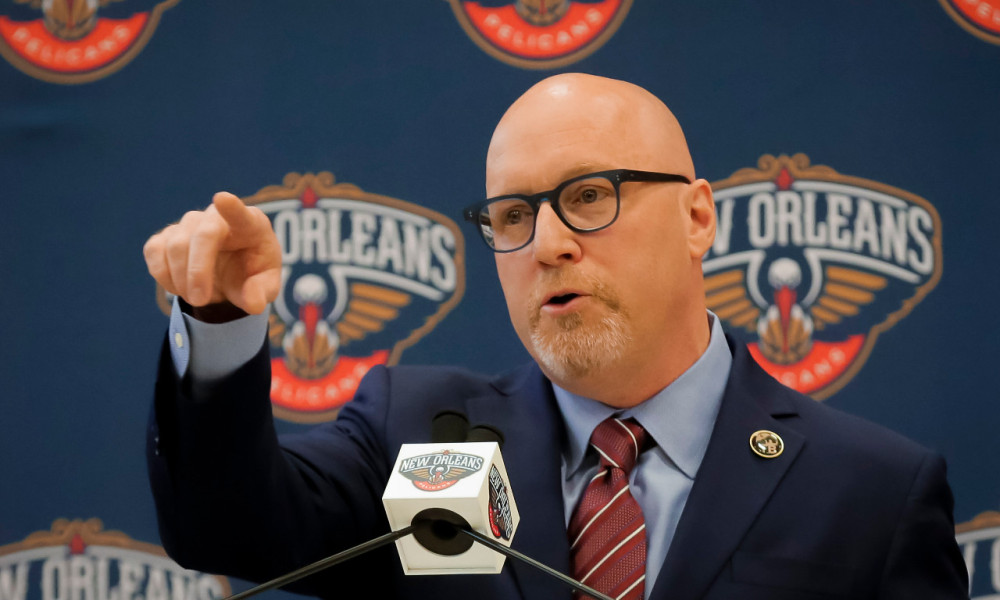 METAIRIE, La. — At the end of last season, things looked like a mess for the New Orleans Pelicans.

Anthony Davis wanted a trade. A promising season was dashed. Alvin Gentry’s job seemed to be in danger. The front office didn’t have a clear direction to head in.

Fast forward to September, and Pelicans guard Jrue Holiday says he notices a difference at the team’s practice facility, and a big difference at that, thanks to new executive vice president of basketball operations David Griffin.

“I feel like the whole vibe, the whole attitude in the facility and with the staff has just been different,” Holiday told ESPN by phone on Tuesday. “It definitely feels like people are ready and excited. It’s been like that ever since Griff has come into place.”

It all fits into the vision that Griffin brought with him when he was hired in April. He’s added new faces to the mix — like general manager Trajan Langdon and vice president of basketball operations Swin Cash — while also keeping Gentry around for his fifth season as head coach.

Holiday added that Griffin is also “putting his money where his mouth is” in terms of structure. More specifically, owner Gayle Benson’s money. A multimillion-dollar refurbishment began at the practice facility that is set to be completed next month.

“It’s a good feeling to know that just like that, he says what he means and he gets it done,” Holiday said.

Holiday spent most of the offseason working out in Los Angeles but admitted he felt like he was walking into a brand-new facility when he got back to New Orleans. He’s spent the past two days with nearly the entire team for voluntary workouts — guard JJ Redick is expected to join the team tomorrow to complete perfect attendance — and has been impressed with the new faces.

Everyone knows how explosive Zion Williamson can be, but Holiday was impressed with how he finishes at the rim.

“I think it’s really just a touch around the basket,” Holiday said. “Sometimes you see people like that and they kind of shoot the ball off the backboard or whatever but he has a nice touch to him.”

And while Holiday liked Jaxson Hayes’ ability around the rim and Nickeil Alexander-Walker’s vision, he also noticed something about the group as a whole, including the pieces New Orleans picked up in the Anthony Davis trade in former Lakers Lonzo Ball, Brandon Ingram and Josh Hart.

“Everybody has the same mentality,” Holiday said. “You can feel that we’re going to be tough to deal with. We’re kind of a younger group. But we can get after it every night.”