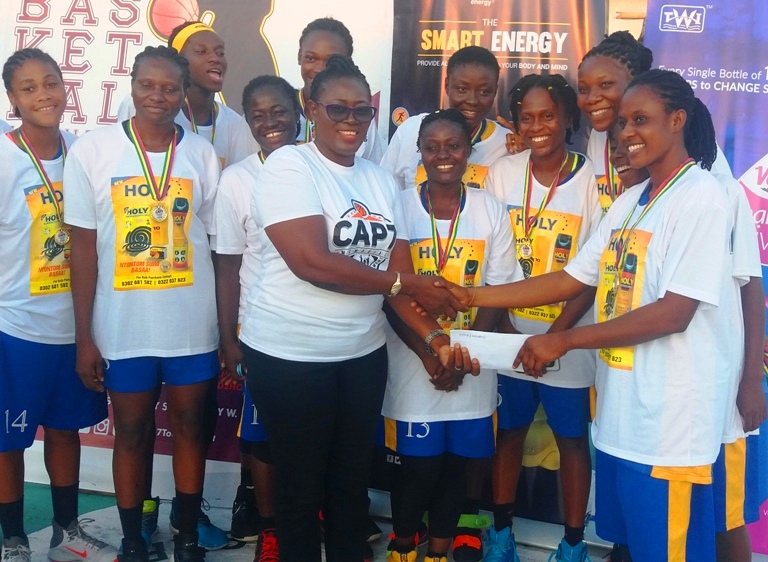 Braves of Customs got its revenge against Ghana Police Service after beating the latter 31-29 to win the 2019 CAP7 Memorial Basketball Tournament Women’s Division.

The final game took place earlier today at the Lebanon House Court in Tudu before a sizable crowd; the tournament is held in honour of household names in Ghana Basketball and is headlined by former Accra Basketball League (ABL) Chairman Benjamin Baafi.

Braves led 30-29 in the closing seconds of the game and had Afia Kobi Agyeman and Matilda Gordon go to the free throw line to extend the lead.

However, only attempt was converted giving Police the chance to tie the game but last year’s winners turned the ball over on the ensuing possession.

Braves Center Gloria Gyampoh was named the Most Valuable Player in the competition and made the All Star team with teammates Matilda Gordon and Anita Bonney.

Reformers of Prisons placed third after recording a 38-20 win over Tudu Galaxy on Friday.