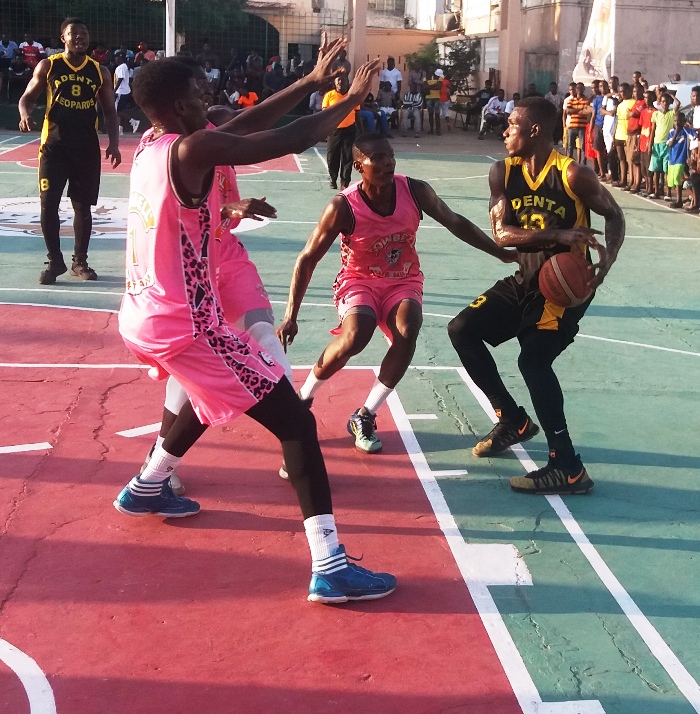 Adenta Leopards have successfully defended the CAP7 Memorial Basketball Tournament thanks to a 60-45 win over Tudu Galaxy at the Lebanon House Court in Tudu earlier this weekend.

Leopards silenced the usually vociferous home crowd early and streaked to a big half time before icing the game late in the final quarter.

Point Guard Kwame Opoku was named MVP in the Men’s Division and was one of four players from Leopards to make the All Tournament Team.

Adenta led 38-15 at half time. Raymond Affram and Abdul Razak scored for Galaxy and Adenta responded through a Kwame Opoku three point shot. Leopards held a 41-19 lead with 4:55 left to play.

David Okoe scored five points including a three pointer for Galaxy. Opoku assisted an Emmanuel Wolff deep shot and scored one of his own to give Leopards a 51- 26 third quarterlead as Galaxy missed good looks at the rim.

Bajigah Mohammed came off the bench and scored six points for Galaxy. Okoe continued to score freely in the second half of the game but his efforts came too late after Adenta got points early in the final quarter to win the competition.