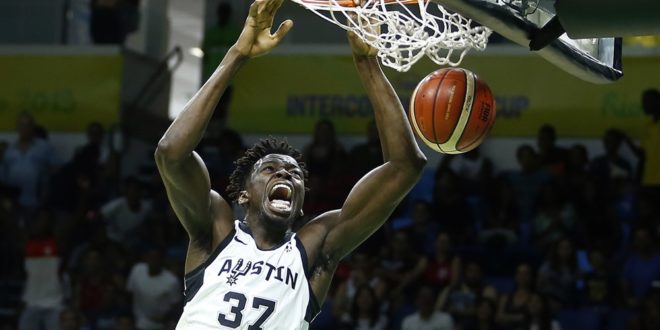 Ghana Center Amida Brimah’s dream of playing in the NBA is alive as the former University of Connecticut Captain survived the first round of cuts by Indiana Pacers.

The NBA team reduced its roster to 19 after releasing Forward JaKeenan Gant ahead of Indiana’s friendly game against Chicago Bulls on Friday, October 11.

Gant was cut after Pacers played Sacramento Kings twice in Mumbai, India; Pacers beat Kings in both games including a 130-106 win in the second game.

Brimah delivered four points, four rebounds and two blocks in 12 minutes off the bench; Pacers round up its preseason schedule on October 15 against Minnesota Timberwolves.

25 year old Brimah is in a battle with JaKarr Sampson to join Myles Turner, Domantas Sabonis and 2019 draft pick Goga Bitadze for the 2019-2020 NBA season which commences on October 23.

Brimah is likely to play extended minutes in the upcoming preseason games as Bitadze deals with a an ankle sprain.

Previous Zion scores game-high 29 points in win vs. Bulls
Next Leopards blow another chance to beat Braves in Accra League