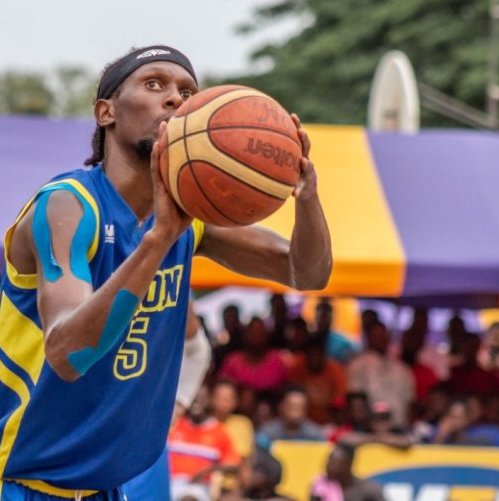 In the wee hours of the night at Tema while watching a competitive game between Nungua Coldstore and Tema Rockets in the Tema Community Basketball League playoffs, news of your passing filed in. Minutes into the third quarter of a competitive game, the sad news was confirmed and a sudden hush fell on the Chinese Court in Ghana’s famed Harbour City. I write this letter with a heavy heart knowing the fate that has befallen you and your lovely daughter Gianna but I am glad I celebrated you when you were alive.

With my words I celebrated your greatness, with my emotions I grew weary of your venom every time you touched the ball and with my hands I slapped together the longest and loudest when you spoke the words Mamba Out. The eternal words you penned before you ended your playing career, you said “My heart can take a pounding, My mind can handle the grind but my body knows it’s time to say goodbye”. Yes our bodies have been battered by tossing and turning all night and like yours it’s time to say goodbye for there is only so much this mould of clay can take.

But am sorry Kobe, our hearts can’t take the pounding of this tragedy, our minds can’t handle the grind of living day after day knowing you are no more. After what you did for the sport of basketball, there is nothing we can do to heal our hearts and minds from your demise. Nothing beats the 81 point show you put up against Toronto Raptors over a decade ago that was recently celebrated.

No disrespect to Wilt Chamberlain who holds the all time record for most points in a game-100- but an era that had fewer less athletic and skilled athletes competing pales in comparison to the Kobe era. Your passion, skill and bravado endeared people to the sport; you traveled the world and evangelized the planet in the process.

You didn’t need to visit Ghana for your impact to be felt in this football centric country; the sharp outpouring of emotion is proof enough you made your mark in your short time on the planet.

The term “Big 3” is associated with a conglomerate of stars on NBA teams such as LeBron James, Chris Bosh and Dwyane Wade’s Miami Heat and Boston Celtics trio of Ray Allen, Paul Pierce and Kevin Garnett in recent years. However, the present generation of basketball followers and players grew up on the play and style of Kobe, Allen Iverson and Tracy McGrady. Combining athleticism, supreme skill and swagger appealed to basketball lovers and indifferent folks alike from the late 90’s through the mid 2000’s.

Winning five NBA titles, a Most Valuable Player Award and scoring titles made you the most prominent among the three. For the record, LeBron James just moved past Kobe on the all time scoring list to third place but Bryant had a trying time getting on the court two into his career as a prodigious talent who moved into the NBA straight from High School. Among the players on the court in Tema was Coldstore Shooting Guard Emmanuel Wolff who is an unabashed Kobe fan.

En route to a 71-43 win, Wolff stared straight ahead lifeless from the bench and was speechless after the game when the news set in. Corner three pointers, turnaround jumpers, ease from the free throw line and willing defender just like Kobe, Wolff couldn’t believe his hero and the man who made basketball enjoyable to play and watch was gone forever. Any list of the best shooters in Ghana has Wolff, Baniba Dodzie and Elvis “Arrow” Pobi-Siaw in it and one similarity they share is their love for Kobe Bryant. Dodzie-an accomplished veteran Guard for Braves of Customs-even goes by the nickname “Mamba” indicative of his three point shooting skills that mirrors Kobe Bryant’s.

Pobi-Siaw is consistently spotted in Kobe jerseys, shoes, shooting sleeve and backpack plus that vaunted albeit difficult turnaround jump shot. Even players who haven’t modeled their game after Kobe’s still revere him as the Greatest of all time and one of those players is Coldstore Captain and defensive Power Forward Kwame Boamah Djan. That’s Kobe’s impact in a nutshell.

It would have been great to have you stick around longer and see Gianna play her way into the history books of the WNBA. So Kobe, you gave the world all that you had and the respect and tributes pouring in is the world giving all it has back and surely the world will give more. Love You always Kobe

From a LeBron fan