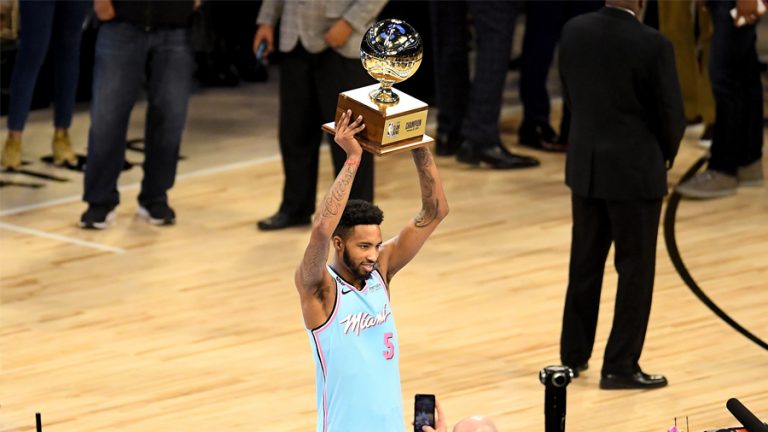 But the final result was not without controversy, with at least two judges contending afterward that they wanted the second dunk-off to end in a tie and Gordon saying he’s done participating in the contest during NBA All-Star Weekend.

“We thought it was going to be tied. We were like, ‘This is a tie!'” one judge, hip-hop artist Common, told ESPN’s Ramona Shelburne. “But somebody didn’t do it right. I don’t know who it is.”

Los Angeles Sparks star Candace Parker, another judge on the panel, confirmed that they had intended for the second dunk-off to result in a tie.

It wasn’t clear if Jones and Gordon would have dunked again had it still been tied after Gordon’s final attempt. The NBA was not going to permit co-champions, and there would have been a point — which they were possibly at — when judges would have had to vote and decide a winner.

Jones and Gordon each netted perfect 50s in the final and in the first dunk-off — setting up for the second tiebreaker. Jones took off from just inside the foul line and threw down a windmill jam with his left hand, drawing a 48 from the panel of five judges. Gordon, after a short discussion with Hall of Famer Shaquille O’Neal, brought out 7-foot-5 Boston Celtics rookie Tacko Fall and took the ball from Fall’s hands while jumping over him on the way to a thunderous dunk.

The jam was met with gasps from the United Center crowd, but Gordon was awarded only a 47, giving the victory to Jones.

Parker and Common each awarded Gordon a 10 for the dunk, with the other three judges — Dwyane Wade, Scottie Pippen and Chadwick Boseman — each giving him a 9.

“I really felt it was an even battle, and we, as judges, felt the scores should be even and they should just have a judge-off,” Common told Shelburne. “We had the cards. Put your card up for who had the best dunks.”

Gordon thought his dunk over Fall deserved a higher score than he got.

Gordon, who also lost a memorable dunk contest to Zach LaVine in 2016, said he was done with the contest.

Jones, after the contest, thought the Gordon-Fall dunk wasn’t totally smooth, perhaps sealing the deal for him.

ESPN’s Ramona Shelburne and Malika Andrews contributed to this report.