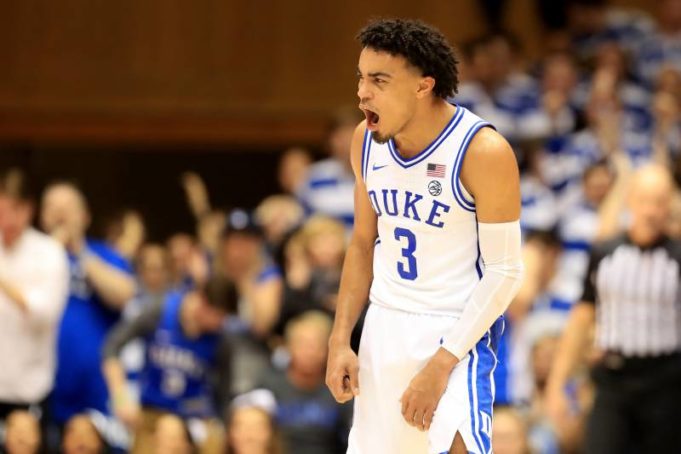 Duke point guard Tre Jones — the ACC Player of the Year — will enter the 2020 NBA draft, he told ESPN on Saturday.

Jones, who was also voted the ACC Defensive Player of the Year, is a projected first-round pick, according to ESPN draft analyst Jonathan Givony.

The sophomore will be part of what is expected to be a deep draft class of point guards. He is the younger brother of Memphis Grizzlies guard Tyus Jones, who also played for Duke.

Duke might also be losing reserve guard Alex O’Connell, who entered the transfer portal Saturday. The junior averaged 5.2 points in 13.3 minutes per game this season.