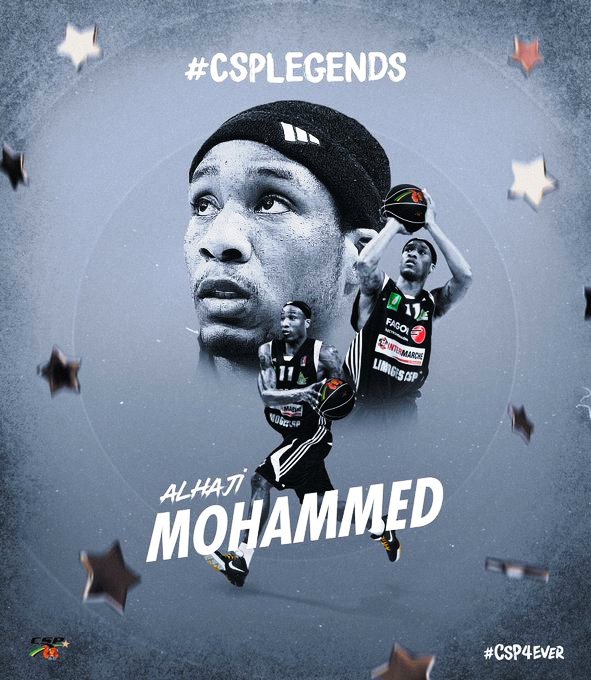 Veteran Ghanaian Guard Alhaji Mohammed has stated he was shocked when he was inducted into Limoges Basketball Club’s Hall of Fame.

The 38 year old player was among a handful of standout former players who were inducted into the Hall after starring for the French Club.

Mohammed played for two seasons at Limoges during the team’s time in Pro B and averaged 18 and 16 points respectively across both seasons respectively.

Limoges has since been promoted to Pro A and was competing in the top flight prior to the postponement of the French League due to the Corona Virus pandemic.

Reacting to the announcement via his Twitter page, the American born player expressed gratitude to the club and added:

“When I first got the call, I was shocked…just for them to even bring up my name was a great achievement for me because that means that I did something right” he said.

Mohammed was signed to Tunisian giant US Monastir and was ready to play in the Basketball Africa League before the competition was suspended due to the Corona Virus.