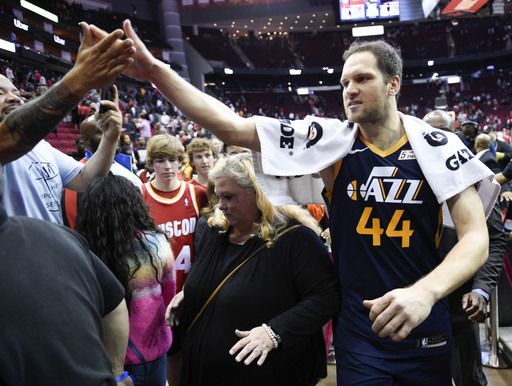 In what promises to be a difficult loss to a Western Conference playoff contender, Utah Jazz forward Bojan Bogdanovic will undergo season-ending surgery on his wrist, sources told ESPN.

Bogdanovic will undergo surgery on Tuesday to repair the scapholunate ligament in his right wrist, sources said.

Bogdanovic injured the wrist in late 2019 and then played in considerable discomfort, sources said. The decision to have surgery gives Bogdanovic a chance to fully recover in anticipation of the start of the 2020-21 season.

The NBA season has been shut down since March 11 because of the coronavirus pandemic, but there’s optimism that the league will resume the 2019-20 season and try to have a playoff tournament to determine a champion. The Jazz are currently the fourth seed in the Western Conference.

Bogdanovic, 31, played a considerable role for the Jazz. He averaged 20 points a game, including several clutch shot-making performances. Sixth man Joe Ingles would likely take his role in the starting lineup. Bogdanovic signed a four-year, $73 million free agent deal with the Jazz in July, leaving the Pacers.