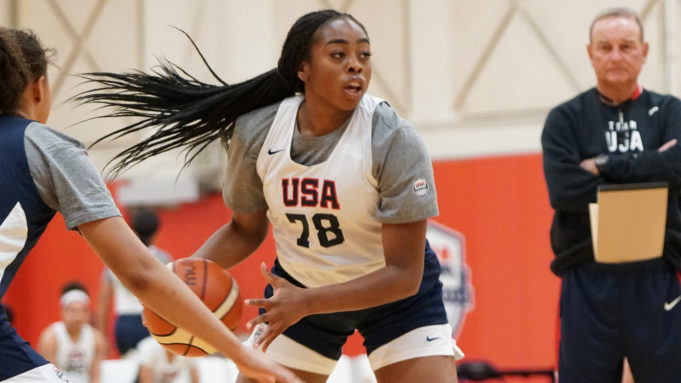 Minnesota Lynx Point Guard Erica Ogwumike has declared her desire to play for Nigeria on the international stage rather than the USA.

She made her intentions known with the state of the 2020 WNBA League season up in the air due to the widespread of the corona virus pandemic.

The youngest of the heralded basketball Ogwumike family, Erica was selected 26th overall in this year’s draft by New York Liberty but was traded to the Lynx.

Her older sisters Chiney and Nneka are national team players for USA and both play for Los Angeles Sparks in the WNBA. Chiney and Nneka schooled at Stanford before moving to the pros as Power Forwards.

Unlike her sisters, Erica graduated from Rice University where she studied medicine and is eligible to play for the West African nation due to her Nigerian roots.

“It’s simply a dream of mine to compete for Nigeria in the Olympics someday… I think it would be an awesome experience to just compete with the great women on the Nigerian national team” she said.

Nigeria won the 2017 and 2019 African Championship and has qualified to compete in next year’s Olympics.

Feel honoured to be part of Nigeria’s success story- Aminu