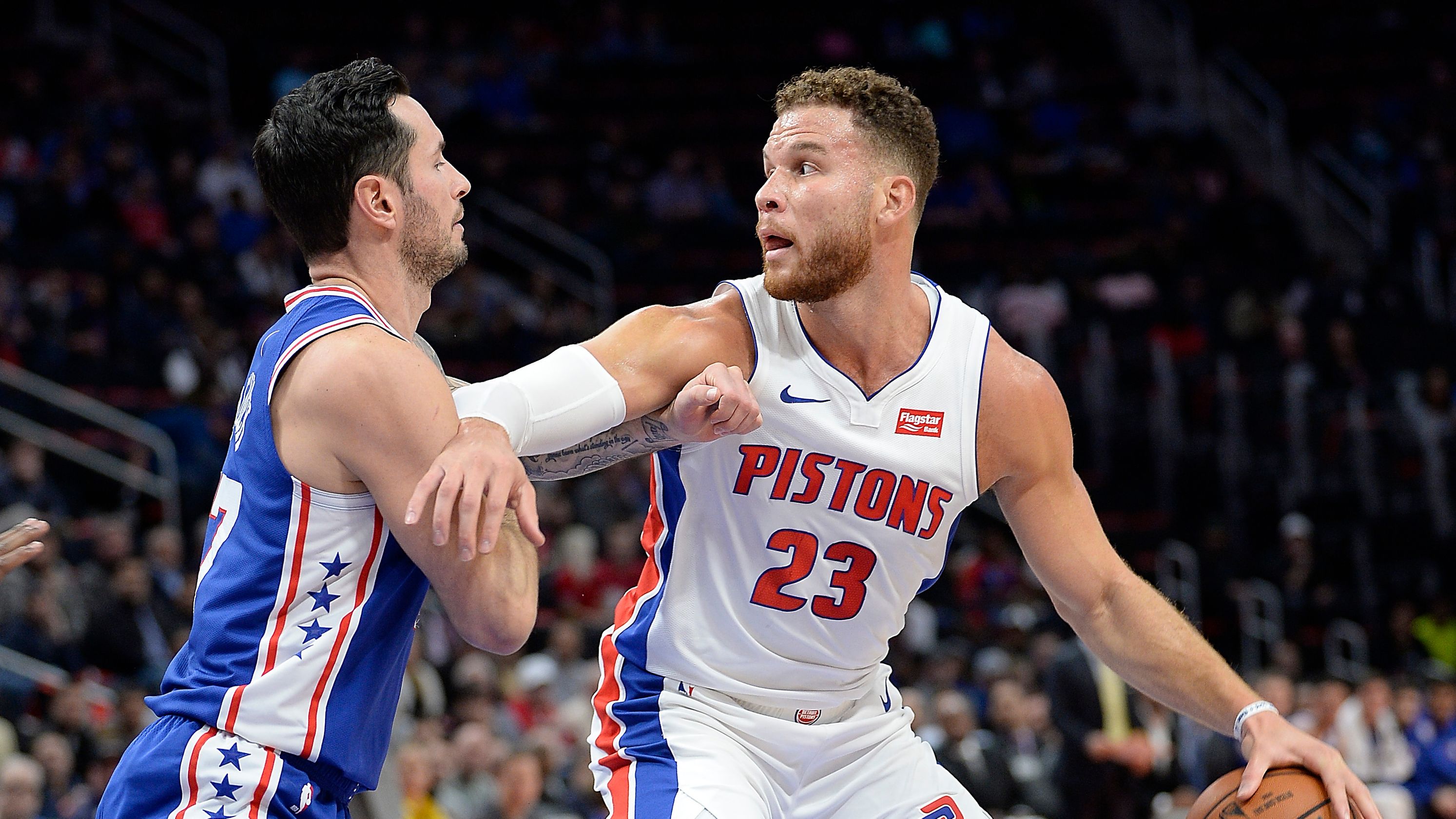 The Detroit Pistons rode a rejuvenated Blake Griffin back to the postseason last season. Doing so this year will now be significantly more difficult.

Griffin will be out through the first week of November as he recovers from knee and hamstring injuries, according to Shams Charania of The Athletic. The Pistons were able to acquire Griffin largely because of his injury issues. The Los Angeles Clippers signed him to a five-year deal in the summer of 2017 despite him missing 83 total games in the three prior seasons. They quickly shipped him to Detroit, where injuries continued to hamper him for the rest of the 2017-18 campaign.

Last season, however, Griffin was mostly healthy. He played in 75 games to lead the Pistons into the playoffs, averaging 24.5 points and earning a Third-Team All-NBA nod. He missed the first two games of Detroit’s first-round series against the Milwaukee Bucks, however, and his team never recovered. They were swept and lost all four games by at least 16 points.

The Pistons prioritized scoring this offseason in an effort to fortify themselves against future injuries to Griffin. They spent the mid-level exception on Derrick Rose, hoping he could provide a second scoring ball-handler off of the bench to take some pressure off of their franchise player.

If Griffin returns after the first week of November, he will have missed nine games. That is more than he missed all of last season, and the odds of him playing all 73 games after his return are fairly slim. The Pistons took a risk in acquiring a player as injury-prone as Griffin. That risk paid off last season as they made the playoffs, but now, they are beginning to see the downside of that move. Griffin remains one of the NBA’s best players, but his availability will be a concern for the rest of his career.