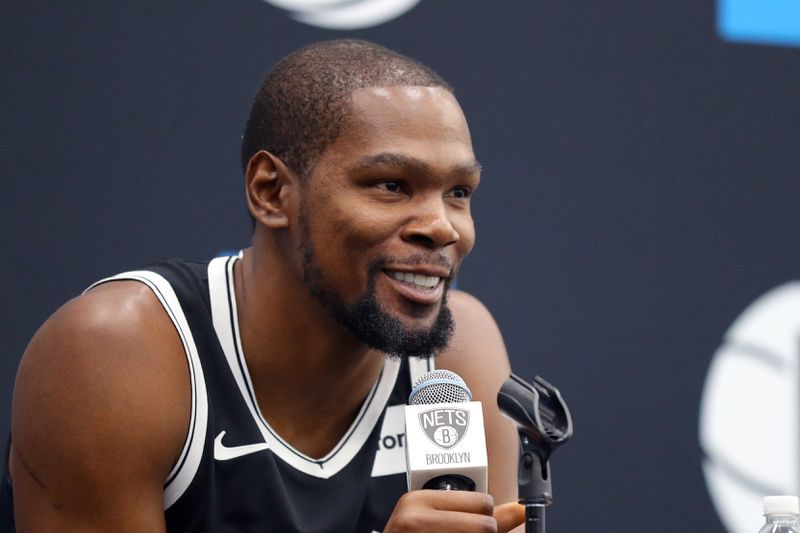 Kevin Durant tore his Achilles tendon on June 10, 2019. The best-case scenario for a return from such an injury is typically around one year, with many recoveries taking a great deal longer. Yet for some reason, rumors have persisted that Durant might return in time for the playoffs, which begin in the middle of April. Those rumors were always unrealistic based on the timing of the injury. Returning 10 months after a ruptured Achilles is simply ill-advised.

Kobe Bryant tried to come back at around the eight-month mark in 2013. He lasted six games before getting reinjured. DeMarcus Cousins waited nearly the full year and he, too, has suffered multiple significant injuries since. There is simply no evidence to suggest that any player can successfully return from an Achilles injury in the amount of time many are suggesting Durant should. The rumors are aspirational at best and downright harmful at worst, putting undue pressure on Durant to come back before his body is ready.

Fortunately, it seems as if Durant is refusing to let them impact his recovery. On an appearance on ESPN’s “First Take” Thursday, Stephen A. Smith asked if he had “completely ruled out the possibility that [he] could return.” Durant’s response was one word: “yes.”

A return for opening night of next season would give Durant 16 months off to return to full strength. He won’t be the old Durant right from the start, as any major injury tends to involve a recovery period on the court as well, but that time frame should at least ensure that Durant’s surgically repaired Achilles tendon is as strong as it can possibly be when he is playing in real games.

That outcome is preferable for all involved. The Brooklyn Nets didn’t sign Durant with the idea that he would win them this year’s championship. This was always a four-year plan. Coming back too early puts that entire plan in jeopardy. Durant can spend the campaign integrating himself within the organization, recovering fully, and preparing in any way he sees fit for next season and beyond.

Durant needs this season to recover. That much was obvious the moment his injury was diagnosed. Now perhaps any remaining stragglers holding out hope for an early return can admit that it just isn’t going to happen.