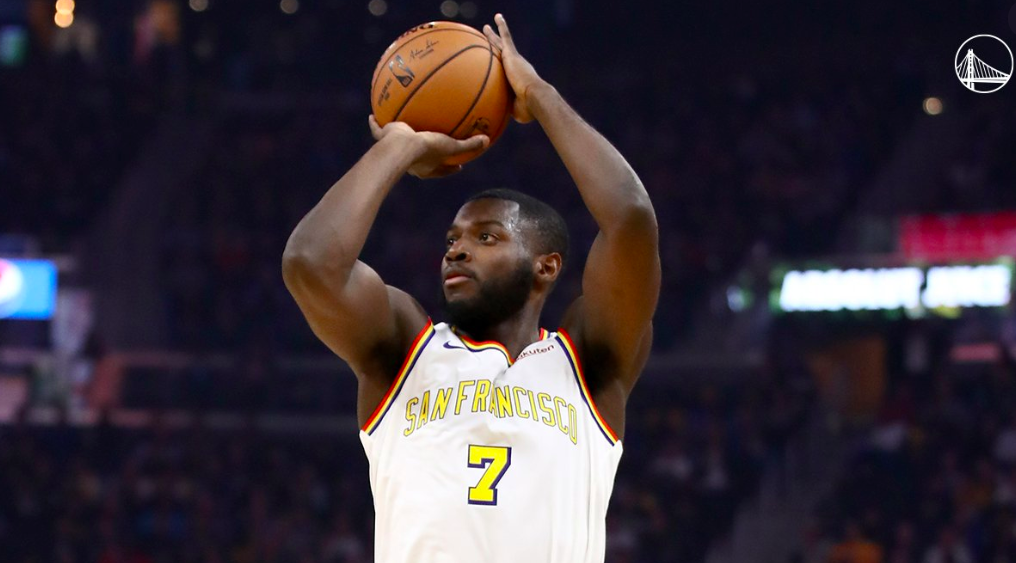 It was all in a day’s work for Paschall who admitted before the game that he had forgotten it was his birthday and then finished by having an appreciative crowd shower him with “MVP” chants at the end.

“The over-under was not game six [of Paschall’s season] for the MVP chants, or game seven — whatever this was,” Warriors coach Steve Kerr said. “But, I loved it. I thought it was great. I’m sure he heard it, and he was the MVP of the game, I know that, and a pretty good birthday for him, too.”

For Paschall, the dominating performance comes after a strong debut over the first couple of weeks of the season in which he continues to gain Kerr’s trust each night. The Villanova alum, who was the 41st pick in this past summer’s draft, is now averaging 13.8 points and three rebounds a game for a team that relies on him to produce without a slew of core pieces, including Stephen Curry (broken hand), Klay Thompson (ACL rehab), Draymond Green (torn finger ligament), D’Angelo Russell (ankle) and Kevon Looney (neuropathic issue). Paschall is playing like a man who isn’t afraid of the spotlight and is taking advantage of the opportunity in front of him.

“I would say confidence,” he said while describing why he has been able to have immediate success. “Confidence in myself and confidence my teammates have in me. They just do a great job of finding me … and they allow me to go makes plays. And Coach Kerr does the same, just allows me to go make plays, play calls for me, and we try to take advantage of it, try to make the right play, and I had a hot hand tonight. Finally hit my first NBA 3. But it just feels good to get a win … we got to keep playing hard and have fun. I feel like tonight we had fun.”

With the 34 points and 13 rebounds, Paschall became the first Warrior since Curry to score at least 30 points and grab 10 rebounds in a game, according to ESPN Stats & Information research. Curry accomplished the feat on Feb 10, 2010. With his 34 points, Paschall is now second all time in points scored by a rookie on his birthday, behind only Terry Dischinger, who scored 37 points on his 22nd birthday for the Chicago Zephyrs in the 1962-63 season, according to Elias Sports Bureau data. The last 30-10 performance on a player’s birthday came from former New Orleans Pelicans star Anthony Davis, who scored 46 points and grabbed 21 rebounds on his birthday during the 2016-17 season.

Paschall’s performance produced social media plaudits from all corners, including posts from Curry, who wasn’t at the game as he recovers from hand surgery. Utah Jazz star Donovan Mitchell, who grew up with Paschall, and former San Francisco 49ers great Ronnie Lott, sent their congratulations, as well.

“I didn’t even know that,” Paschall said. “Ronnie Lott. That’s a pretty big one for me. He was a hell of a player, but just to see Donovan, that’s my best friend. We grew up together. Damn near brothers, and Steph just supporting, it’s always great to have a guy like that, but it’s great to see people see what I could do and give me praise for it. I feel like I’ve been underrated my whole life, so just this opportunity is amazing. It’s not a lot of times where a rookie gets to play 40 minutes against the Trailblazers in Dame [Lillard] and CJ [McCollum]. To see that opportunity, you just got to make the best of it.”

After the game was over, Kerr beamed like a proud parent, while describing the effort his undermanned squad continues to show without its stars.

“It’s just a fantastic effort by the whole group,” Kerr said. “Everybody that we put in came in and gave us big minutes. It was just fun; it’s a fun group to coach because they’re young, they’re hungry and they were fighting like crazy out there the whole game, and that’s a good team they just beat, so it was a great night for us.”

The total commitment was exemplified up and down the roster, but especially by two-way players Ky Bowman and Damion Lee. The pair combined for 37 points, the most points ever by two-way players in a game, according to the organization. Aside from Paschall’s success, one of the key moments of the night came with 6:12 left in regulation and the Warriors clinging to a three-point lead, when Bowman drove down the lane and finished at the rim only to get an elbow from Trail Blazers center Hassan Whiteside after the play.

Bowman didn’t back down as the entire Warriors bench jumped out of their seats and came to the floor to back up the young guard, including Thompson, who watched the second half of the game in street clothes. Whiteside was assessed a technical foul after video review, and the sequence unified the group even more and set off one of the loudest moments in Chase Center’s young history.

“I think there’s a chip on my shoulder since when I was drafted; but I think there’s also chips on the other players’ shoulders,” Bowman said. “Just to prove — everybody’s got something to prove in this league. Me being on a one-year, so I got a lot to prove, just to make sure that I’m able to keep my role and come out here and play hard. So I think all the guys are trying to do the right things to make sure we come out with these wins.”

As Paschall tried to process all the events which led to the win, he admitted that one of the craziest parts to him was that many Warriors fans repeatedly chanted, “MVP, MVP!” for him down the stretch It’s a memory he won’t soon forget.

“Yeah, that was a little crazy, I’m not going to lie,” Paschall said. “No, honestly, for a rookie, you’re hearing “MVP,” that’s a ‘wow’ moment. I was more focused on the game, like, ‘Alright we have a chance to win right now,’ but to hear that, I mean, thank Dub Nation for believing in me, and again, it goes to my teammates.”