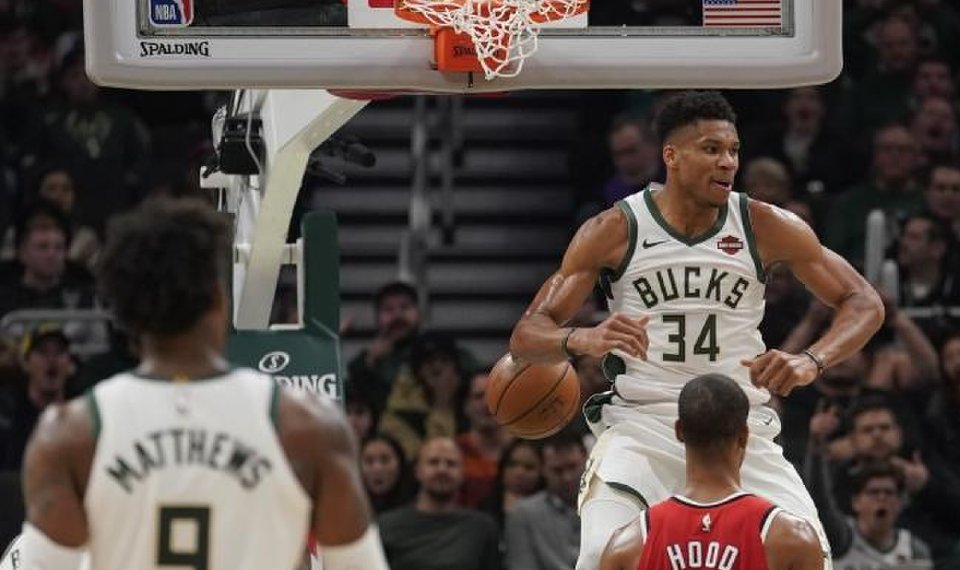 Coming to America from Greece as a teenager was not always the smoothest transition for Milwaukee Bucks superstar Giannis Antetokounmpo. Before “Giannis” became a household name, those who couldn’t pronounce his last name often called the NBA’s reigning MVP the “Greek Freak,” because of his rare, freakish athletic ability and ballhandling skills for someone 6-foot-11.

But as popular as the nickname has become, Antetokounmpo can’t recall the first person to use it.

“First of all, the nickname is really good. I like it,” Antetokounmpo said during his Thursday morning appearance on Capture Sports Marketing’s Athletes Doing Good Radiothon with his teammate Pat Connaughton on ESPN Wisconsin.

“I don’t remember the first time I heard about it — it was probably my rookie year — but I really don’t know who came up with it,” he said. “I just went on the court one day and I had like a crazy dunk or a crazy block and after that everyone started calling me the Greek Freak. So it stuck by me, I love it and it’s a cool nickname.”

Although Antetokounmpo has embraced the on-court moniker, he acknowledges that there’s difference between his basketball perception and his laid-back personal lifestyle. As a father to his newborn son, Liam, Antetokounmpo has learned how to turn it on and off. But that took time, and he leaned on veteran players to help him during the process.

“The most important thing is you cannot lose yourself in it. There’s a lot of pressure, there’s a lot of things that are going to try to pull you from ‘come this way, do this.’ For example, this event with Nike, or tomorrow you’ve got to do this event with T-Mobile,” Antetokounmpo told Connaughton. “Like, there’s so many things that you’re going to have in front of you that you’ve got to do, but you’ve just got to be able to balance your personal life with the Greek Freak life. Giannis and the Greek Freak are two different people. I hope that doesn’t sound arrogant — I’m not trying to sound arrogant — but that’s how I’m trying to think. I’m trying to think when I’m with my family, I’m with my family. Sometimes when you’re the MVP, you’re the leader of the team, you’ve got to do a photo shoot and all that, you lose yourself, and whenever I’m with my family, I’m myself.”

Bucks general manager Jon Horst was another guest on Connaughton’s radiothon to raise funds for COVID-19 relief. He reiterated that no decisions have been made on the remainder of the 2019-20 NBA season. On May 11, Horst announced the reopening of the Bucks’ practice facility on a limited basis. Throughout the hiatus, Milwaukee has continued to operate as if the organization will continue to play. The team is nursing the NBA’s best record (53-12), and the Greek Freak is itching to return to the court.

“I have complete confidence that if there’s a way for us to return to basketball, return to play, in a healthy and safe manner, for our players and for the public and people that would be involved, that our league will figure out how to do it,” Horst said. “Commissioner Silver is incredible.”