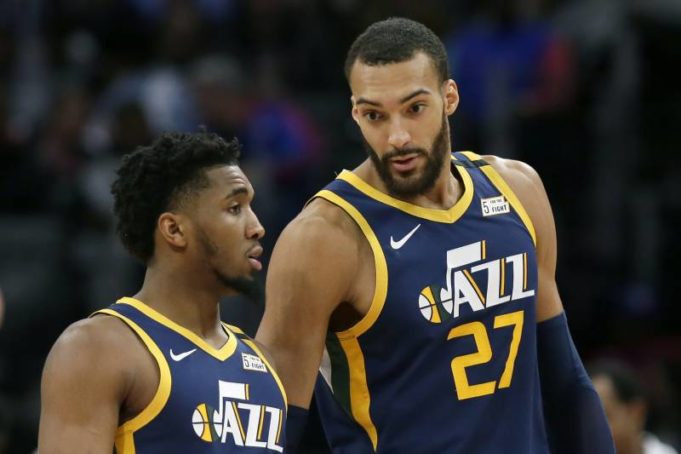 After months of patiently waiting for the right situation to pan out, the NBA is on its way back; on July 31 the best action on the hardwood that has been lost to COVID 19 over the past three months returns. Between now and then, fans have to stick it out in the waiting game for little over six weeks before they get to see their heroes take to the courts. While the games are on track to be played at Disney World’s mega facility to reduce the risk of corona virus infection, there is nothing cartoonish about what is at stake for the 22 teams due to compete in the upcoming month.

For players like Los Angeles Lakers Forward LeBron James, the chance to win a third title with a third team and Most Valuable Player Award adds more credence to his best player of all time body of work. On the opposite side of the Western Conference, Milwaukee Bucks Forward Giannis Antetokounmpo has to come big in the postseason and lead his team to reach the NBA Finals at the minimum.

After falling frustratingly to Toronto Raptors last season, all eyes would be watching how the reigning MVP picks up the pieces in the conference sans LeBron and Kawhi Leonard. Speaking of Kawhi, the Klaw is on a mission to become a three time Finals MVP winner and finally help Los Angeles Clippers shed the younger brother label they hold against the Lakers candle in the City of Angels.

One of the qualified teams for the “special” NBA postseason run, is Utah Jazz aka the darkest horse outside of Denver Nuggets in the upcoming playoffs. The Jazz have been a well run side that has excelled in drafting, developing and signing the right veteran players to sustain an impressive run in the postseason in recent years. Despite losing Gordon Hayward, the team has set itself up for productive long term success because of this century’s taller version of John Stockton and Karl Malone combo in Donovan Mitchell and Rudy Gobert.

As dynamic as the latter duo is, neither player is an A+ player or an A class player. Mitchell is rising to an A1 kind of player; Gobert’s offensive limitations in the modern game checks him a touch below Donovan. This is why guys like Mike Conley Jnr. and Bojan Bogdanovic were roped in prior to this season and the outcomes were positive with Bogdanovic averaging 20.2 points in 33 minutes and Conley averaging 13.8 points and 4.3 assists prior to the suspension of the league.

Conley has largely underperformed in his run in Utah mainly due to injuries that ruled him out for over a month and it is due to injuries that Utah’s “Dark Horse” credentials have been stripped off. Bogdanovic won’t play until next season due to a season ending surgery on his injured wrist. Without the Croat’s three point shooting skills to take defenders attention from Gobert and especially Mitchell, Utah isn’t beating any of the top sides in the conference including Houston Rockets and Dallas Mavericks. Looking from the outside in, Oklahoma City Thunder should win a playoff matchup against Utah.

Another trade acquisition, Jordan Clarkson can cover the scoring deficit left due to Bogdanovic’s absence but the former Lakers Guard isn’t consistent to be trusted as the third scoring threat especially in the playoffs. His inefficiencies coupled with those of Mitchell, Gobert’s offensive struggles and Joe Ingles lack of athleticism and youth hurts Utah Jazz a lot. The corona virus pandemic has caused a whole lot of negative impact in almost every industry and when it comes to relationships it strained just as many.

Gobert and Mitchell’s tandem is one those as several reports have indicated friction between the two mainly due to Gobert’s casual response to the virus. The extent of the fracture in their relationship isn’t known yet but in a campaign that has been seriously distorted by corona, a united team is the best bet to go deep in the playoffs. All the favourites have good rapport about them; those that didn’t earlier in the season like the Clippers and Dallas, were better as a unit prior to the league suspension.

These aren’t signs of a championship winning team or a dark horse title contender for that matter so Utah Jazz fans should go ahead and flush an incoming brief run in the playoffs down the toilet. There is always for tomorrow because of the unknown but a possible trade of Gobert could all but shut Utah’s title window for at least two more seasons.