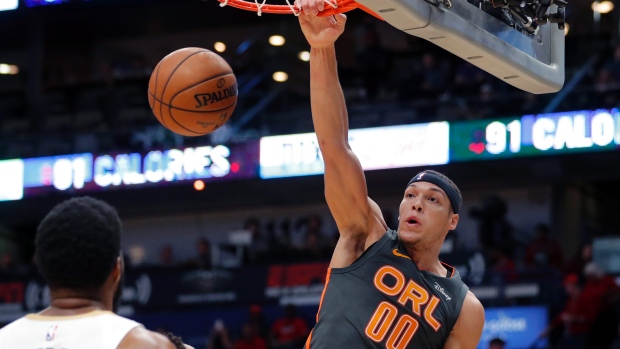 Gordon has been out of action since the injury occurred during an Aug. 5 loss to the Toronto Raptors. In the second half of that game, Gordon went up for a dunk and was fouled hard by Raptors guard Kyle Lowry. The foul caused Gordon to land awkwardly and Lowry was assessed a flagrant 1 foul after review.

Gordon has not played since as the short-handed Magic have struggled to find much rhythm after some early success during the first week of seeding games last month. The Magic head into Game 5 against the Milwaukee Bucks trailing 3-1 in the Eastern Conference quarterfinals series.

The Magic are also without Jonathan Isaac, who tore the ACL in his left knee in an Aug. 2 win over the Sacramento Kings.