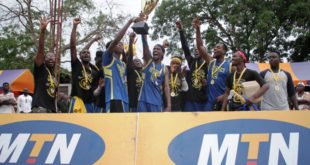 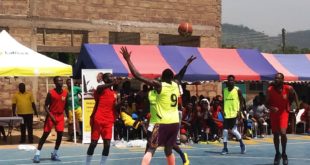 Tamale Polytechnic head coach Braham Muhaga has heaped massive praise on the Universities, Polytechnics and Colleges (UPAC) Basketball Championship as a tool for improving the quality of basketball in the region.

The tactician made the comments after his side Tamale Polytechnic, exited the competition having failed to win any of its’ games in Zone B played over the weekend on the institution’s basketball court. This year’s Championship is headlined by Rexona and had Wa Polytechnic and University of Development Studies (UDS-Tamale) also feature.

In an interview with Basketballghana.com, he gladly spelt out the immense benefits of staging such a prestigious competition in the Northern Region. He said:

“It has been a good tournament, the competition was great and we hope more of these come up and I hope this not the last time such a tournament is coming down here.”

Despite playing before a raucous partisan crowd, Tamale Polytechnic failed to capitalize to top the Zone and secure qualification to the next stage of the competition. The host institution lost 20-24 to Wa Polytechnic and suffered a second defeat with the same score line in the final game of the day.

By virtue of winning both games and a late withdrawal by NJA College of Education, UDS qualified to the quarter final which is set to be staged on April 14 at the University of Ghana. The Tamale-based side prevailed in blistering temperatures to make it to the last eight of the competition. 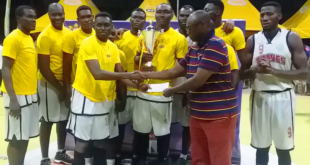