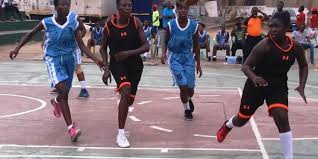 Earlier tonight at the Lebanon House Court in Tudu, three games in the 2019 Accra Basketball League (ABL) season were honoured with two games in the Men’s Division I.

In the opening game, Ghana Navy beat home side Tudu Galaxy 36-22 on the back of a big performance in the fourth quarter after tough preceding quarters.

The third quarter ended with Navy leading 19-17 and ended the game with a 14 point win margin after capitalizing on turnovers from Galaxy.

In the first of two Men’s Division I games, Galaxy’s male side Magic, beat Ghana Police Service 64-54 in a very entertaining game that had Magic lead 11-9 after the first quarter.

Though Police went into the second half with a 23-21 lead a barrage of three point shots from Magic’s Gabriel Numarworse and former Braves of Customs player Richard Borsah.

After another lead change to Police’s advantage, Magic Point Guard Ibrahim Mohammed drained a pair of three point shots to seal the win.

Adabraka CYO and Reformers of Prisons played out another physical and grueling matchup that several fouls committed on both sides but CYO walked away with a 62-58 win for its second straight win over Prisons this season.