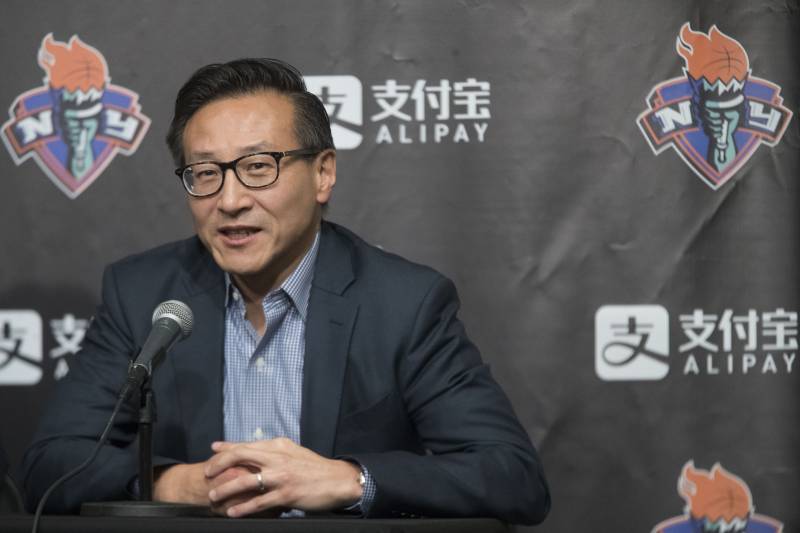 NEW YORK — The Brooklyn Nets have a new owner and a new CEO.

Alibaba co-founder Joe Tsai completed his purchase of the team and Barclays Center on Wednesday, then announced that he had hired former Turner Sports president David Levy to oversee both.

Tsai’s purchase of the Nets was unanimously approved Wednesday by the NBA’s board of governors. He spent nearly $3.5 billion for the team and the arena, a record sale for a United States sports franchise.

The native of Taiwan already had purchased 49% of the team from Russian billionaire Mikhail Prokhorov in 2018, with the option to become controlling owner in 2021, but pushed up that timeline for full ownership of the team.

“In addition to being a passionate basketball fan, Joe is one of China’s pre-eminent internet, media and e-commerce pioneers and his expertise will be invaluable in the league’s efforts to grow the game in China and other global markets,” NBA commissioner Adam Silver said in a statement.

The Nets will travel to China next month to play two preseason games against the Los Angeles Lakers at the start of a season filled with excitement for the team. They signed Kevin Durant and Kyrie Irving in July, adding two superstars to a team that made the playoffs last season.

Silver called the Nets a “thriving team, well-positioned for the future,” and Tsai praised general manager Sean Marks and coach Kenny Atkinson for building it.

“They established the culture, developed talent that others couldn’t see, and made Brooklyn the place where the best players want to play,” Tsai said.

Tsai, the executive vice chairman of the Alibaba Group, the Chinese e-commerce giant, paid $2.35 billion for the Nets and about $1 billion in a separate transaction for the arena. The team price surpassed the $2.2 billion that Tilman Fertitta paid for the NBA’s Houston Rockets and that David Tepper spent for the NFL’s Carolina Panthers.

Levy will also serve as president of J Tsai Sports, the sports investment and holding vehicle controlled by Tsai whose portfolio includes the WNBA’s New York Liberty, as well as other sports teams and companies in both the U.S and overseas. Levy worked closely with the NBA while at Turner and in his new role will oversee all business, revenue, strategy and operations for the Nets and Barclays Center.

“I have learnt a lot”-Coach Curls speaks after DSL Triumph