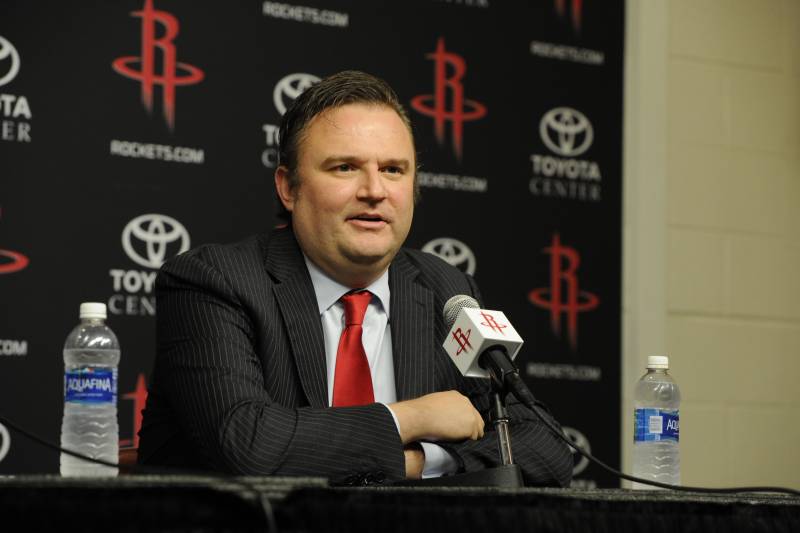 Houston Rockets ownership “has debated” whether general manager Daryl Morey’s job should be “in jeopardy” after he showed support for Hong Kong’s growing pro-democracy movement, according to The Ringer’s John Gonzalez.

However, USA Today‘s Sam Amick spoke to sources who refuted the report.

Morey released a statement regarding his tweet later Sunday:

“I did not intend my tweet to cause any offense to Rockets fans and friends of mine in China. I was merely voicing one thought, based on one interpretation, of one complicated event. I have had a lot of opportunity since that tweet to hear and consider other perspectives. I have always appreciated the significant support our Chinese fans and sponsors have provided and I would hope that those who are upset will know that offending or misunderstanding them was not my intention. My tweets are my own and in no way represent the Rockets or the NBA.”

Meanwhile, the NBA issued a statement of its own:

“We recognize that the views expressed by Houston Rockets General Manager Daryl Morey have deeply offended many of our friends and fans in China, which is regrettable. While Daryl has made it clear that his tweet does not represent the Rockets or the NBA, the values of the league support individuals’ educating themselves and sharing their views on matters important to them. We have great respect for the history and culture of China and hope that sports and the NBA can be used as a unifying force to bridge cultural divides and bring people together.”

In a since-deleted tweet, Morey shared a picture that included the phrase, “fight for freedom, stand with Hong Kong.” Team owner Tilman Fertitta followed up to say Morey “does NOT speak” for the Rockets and that they “are NOT a political organization.”

Despite distancing himself from Morey’s message, Fertitta told ESPN’s Tim MacMahon he didn’t have any issues with the GM otherwise.

“I have the best general manager in the league. Everything is fine with Daryl and me,” Fertitta said. “We got a huge backlash, and I wanted to make clear that [the organization] has no [political] position. We’re here to play basketball and not to offend anybody.”

His efforts at damage control haven’t saved the Rockets from facing repercussions as a result of the situation.

The Chinese consulate general’s office in Houston issued a statement saying it was “deeply shocked by the erroneous comments on Hong Kong made by Mr. Daryl Morey.” The office also directed the Rockets “to correct the error and take immediate concrete measures to eliminate the adverse impact.”

The Chinese Basketball Association also suspended its partnership with the franchise. Former Rockets center Yao Ming is the CBA’s chairman, and his arrival in Houston in 2002 helped the team build a following in China.

According to Gonzalez, Morey’s ouster would be “an attempt to mitigate the fallout, appease the Chinese government and business interests, and re-establish ties.”

Morey has served as the Rockets GM since May 2007. The Houston Chronicle‘s Jonathan Feigen reported in March he had agreed to a five-year extension.

COURTS TO BE UNVEILED AT NEW EDIFICE