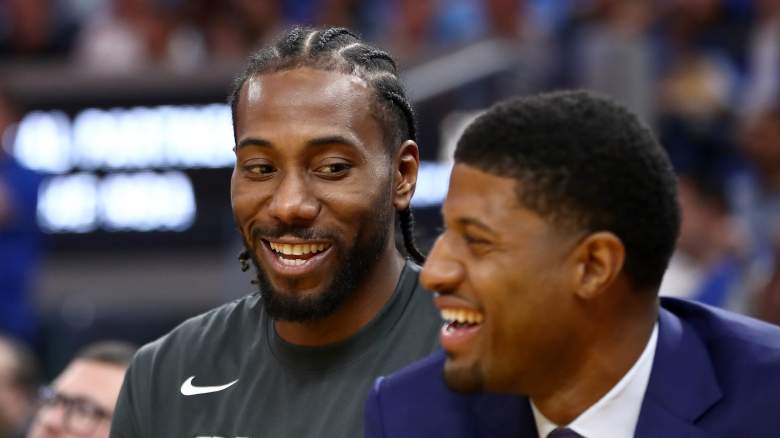 There was a time fighting and overly physical play marred the beauty of basketball games played in the league culminating in the infamous Malice in the Palace involving Detroit Pistons and Indiana Pacers. There was another time racism right from the top in the form of former Los Angeles Clippers Owner Donald Sterling put the NBA on notice and threatened to push players to revolt against the league. With record amounts of revenue streaming into the league and its PR machine spinning nonstop, the NBA was in a great place.

However, all the great work put in over the years was thrown off a bit following the backlash the league took after Houston Rockets General Manager Daryl Morey took a shot at China over the treatment of protestors in Hong Kong. Long story short, it will take a while before the NBA gets back its partner that generated revenue value as much $5 Billion into its good books.

Despite the great things witnessed on court in the first couple of weeks of the new campaign (LeBron James’ triple double run, Trae Young’s exceptional play), the league has a pertinent issue to address before it threatens to negatively affect the popularity of the league. Timing is everything in life as most people say. There is a time to eat, a time to sleep, a time to work, a time to laugh and a time to cry and so on and so forth.

Protecting top team players from extensive wear and tear in the long regular season while keeping them fresh for the playoffs is a great move because the playoffs represents the business end of the season. It is where seasons are lost and made and dynasties begin and end but the regular season still holds an important role in the dynamics of crowning a champion.

For starters, the long 82 game schedule means a lot of games to be watched for competitive prices the average NBA fan can watch in ever increasingly expensive arenas. The high stakes and extensively fewer games in the playoffs translate to high ticket prices to watch games the average fan can’t afford. The average ticket price was pegged at $89 for regular season games last season but the price skyrocketed to $2300 for the cheapest ticket in Game 5 of last season’s NBA Finals.

This clearly shows a lot of people get priced out when the postseason latter rounds set in. As such, it is important to keep fans in the regular season engaged and one way to do that is by getting star players to play. Load management means purposely resting players during the season to maintain their health for the postseason.

There is a lot to like about load management because it gets star players who carry a lot of heavy load in the playoffs well conditioned for the long haul. Toronto Raptors did it for Kawhi Leonard and it worked perfectly as Leonard led Raptors to its first ever NBA title last season. Same is happening now with Leonard’s new team-Los Angeles Clippers-who have sat Kawhi out of two marquee games against Utah Jazz and Milwaukee Bucks. So there was no Kawhi-Giannis Antetokounmpo face off and Donovan Mitchell of Utah played against Kawhi once rather than twice.

Clippers have stated the reason behind Leonard’s absence is to treat lingering knee issues. Good intentions but bad timing considering the season just started and out of eight games, Kawhi has missed two already and both were nationally televised games. Plus players like Kawhi have played for long in the NBA to overcome lingering knee troubles especially this early in the season. Such situations take fans away from television sets, arena seats and screens of phones and computers which affects the league’s revenue.

Another reason Kawhi’s load management comes at a bad time is the slew of star player absences in the league. Golden State Warrior have been hit with an injury bug that has All Star players Steph Curry and Klay Thompson out until at least December while Draymond Green and D’Angelo Russell are in and out of lineups. Inidiana’s Victor Oladipo is still recovering from a knee injury ditto Pistons Blake Griffin and Kawhi’s teammate Paul George is expected to return in December. New Orleans Pelicans saviour Zion Williamson hurt his knee even before the season started.

The NBA thrives on its stars but the stars are not playing and it makes the league less interesting to watch for the casual fan. With George out for the next month, Clippers could have kept Leonard on the court till the former’s return before embarking on managing Kawhi’s load. Such a move would ensure at least one of its star player’s is on the court. There are good intentions behind load management but the timing of Kawhi’s latest rest related absence considering several issues the league is dealing with makes it a wrong time to pull it off.