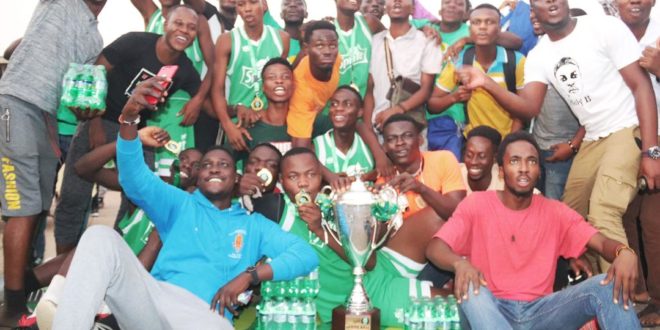 What KETABUSCO must return after getting stripped off Sprite Ball title

Keta Business College (KETABUSCO) has been stripped off its 2020 Sprite Ball Championship title by the Ghana Education Service (GES).

The ban was as a result of investigations that concluded the team cheated in the competition by using non students to compete in the tournament.

However, after investigations concluded KETABUSCO was guilty of fielding five unqualified players, the school has been banned indefinitely and instructed to return items received for winning the competition.

The Volta Region based school is expected to return all medals, the prestigious trophy and cash prize of 2000 Ghana Cedis in the coming days. MVP and Coach of the Tournament Award Plaques for Prince Gidisu and Senyo Ashiagbor respectively are to be returned too.

Basketballghana.com understands, drinks and jerseys- provided for competing in the final game-have been left out of the list of items expected to be returned.