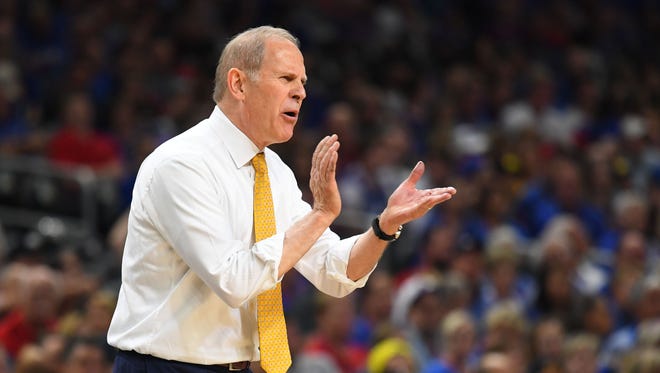 The Cleveland Cavaliers and John Beilein have discussed the possibility of the coach stepping down before the end of the All-Star break, and Beilein was expected to reach a decision in the next 24-48 hours, league sources told ESPN.

Beilein was expected to speak with Cavaliers general manager Koby Altman again about his future as soon as Monday, league sources said.

Since he signed a five-year contract upon leaving the University of Michigan, Beilein, 67, has been increasingly unable to adjust to a dramatically different world in the NBA.

Cleveland ownership and management were determined to see through a difficult start with Beilein, but it has become increasingly apparent to the front office and the coach that the partnership is headed to an inevitable split, league sources said.

Friends and associates of Beilein have described him as unhappy — even miserable — with the move to the Cavaliers. The losing that comes with a rebuild, as well as several skirmishes in public and private with players, has played a part in the rapid deterioration, sources said.

Beilein apologized to his team after a January film session in which he referred to his players as “no longer playing as a bunch of thugs.”

Cleveland hired associate head coach J.B. Bickerstaff with the expectation that he would eventually replace Beilein as part of a succession plan, but no one — not the organization nor Bickerstaff — imagined it would be inside one of season.

Cleveland is 14-40, the worst record in the Eastern Conference and behind only that of Golden State (12-43) for the worst in the NBA. Management expected the team to lose a significant number of games as it turned toward rebuilding its roster around a younger core, but Beilein has struggled to connect with NBA players and has had several missteps along the way that have shaken the players’ confidence in his leadership, league sources said.

Altman hired Beilein with the hope that his illustrious history as a teacher on the college level would infuse the Cavaliers with a strong program for player development and his storied offensive sets. However, opposing teams realized early that Beilein had scrapped his offense shortly into the season and retreated to more traditional NBA sets.

Beilein has also dealt with some personal and family turmoil, as his son Patrick was dismissed before the start of his first season as head coach at Niagara University. Personal issues were cited.

Beilein was sought after in the NBA, and he discussed job opportunities with Detroit and Atlanta in recent years.

Beilein has a career record of 571-325 as a college coach. He made the NCAA tournament in his last four seasons at Michigan, including a Final Four appearance in 2017-18.

Celtics once again show resilience in Game 2 comeback vs. 76ers