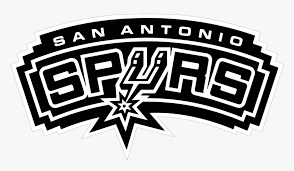 The San Antonio Spurs have been one of the most stable NBA franchises over the past few decades. Led by coach Gregg Popovich and superstars such as David Robinson, Tim Duncan and Kawhi Leonard, they’ve made the playoffs 22 straight seasons dating back to 1998, and have won five titles in that span.

Along the way, they’ve been owned by the Holt family, who bought the team in 1996, but there are other investors who make up the ownership group. Now, a minority share of the team is up for sale, according to a report from Variety Magazine, which noted, “It isn’t known which member of the National Basketball Association team’s ownership group is selling or how large a stake is available.”

Following the report, the Spurs released a statement through a spokesperson:

“As an ownership group we remain 100 percent committed to the city of San Antonio. Every day we celebrate the amazing relationship that exists between our community, our fans and our Spurs. San Antonio is home and will remain home.”

With just a minority share up for sale, it raised some eyebrows that the Spurs immediately came out and reaffirmed their commitment to the city of San Antonio. A potential move wasn’t really on anyone’s mind until they brought it up.

But now that they did, it’s worth noting that Spurs are in one of the smallest markets in the league, and play in a building, the AT&T Center, that is nearly 20 years old. Furthermore, the ownership group recently sold off both their minor league hockey team and their WNBA team. Coincidentally, both those franchises made their way to Las Vegas.

Despite all of those factors, there’s really nothing to indicate that the Spurs will be following suit. Obviously it’s worth keeping an eye on what happens with this minority share that’s up for sale, but in all likelihood, this deal will be just a footnote in the history of the franchise.