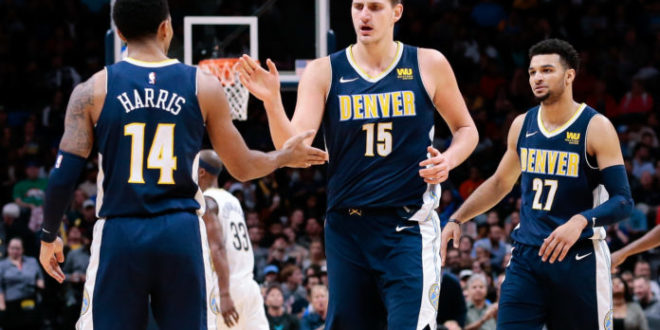 In the aftermath of Houston General Manager Daryl Morey’s ill advised tweet supporting protests in Hong Kong against China, the NBA has dealt with extensive backlash from a Public Relations standpoint so much so the start of the 2019-2020 season couldn’t have come at a better time. Getting the new campaign underway and best players in the world on the court is simply the best way to blow over this conflict between China and the world’s best basketball league.

Already the effect is being felt before the season’s first games tip off early tomorrow morning after news regarding Zion Williamson’s knee surgery and subsequent absence for the next six to eight weeks broke. Williamson’s team-New Orleans Pelicans-plays defending champions Toronto Raptors who are without the two former San Antonio Spurs they traded to get them the title.

The Raptors aren’t tipped to even make the Eastern Conference Final this season mainly because of the absence of Kawhi Leonard and Danny Green but another reason they won’t get a chance to defend the title is because of the players who replaced the departed duo. Rondae Hollis-Jefferson and Stanley Johnson have incurred the wrath of Raptors Coach Nick Nurse who called both out for not playing defense in preseason games.

The other season opening game is a matchup between anointed title favourites Los Angeles Clippers and Los Angeles Lakers. There is very little reason to doubt both LA teams chances of representing the Western Conference in this season’s NBA Finals. However, there are legitimate reasons to believe neither side would have the top seed at the end of the regular season. On the other hand, the Denver Nuggets look poised to clinch the top seed because of the following reasons.

For starters unlike the rest of the contending field, Nuggets don’t have to worry about the minutes handed out to its key players. Denver’s youth albeit a talented group works in its favour since the remaining contenders have extensive veterans on their roster and are prone to managing their star players time in games. Due to a combination of physical ailments in past years, age, keeping them fresh for the long title run by fellow contenders Golden State Warriors, Clippers, Lakers, Utah Jazz, Portland Trailblazers and Portland Trailblazers, the Nuggets could sneak its way into the top seed because it has none of the above mentioned issues to deal with.

Nikola Jokic, Jamal Murray and Gary Harris are under 26 years and have played extensive minutes in their careers without any cause for concern. However, Lakers have laid out plans to manage a soon to be 35 year old LeBron James and “fragile” Anthony Davis minutes. Clippers plan same with Leonard and Paul George as the former OKC Thunder man deals with surgery on both shoulders throughout this season. With a host of teams set to sit star players for some games that could cost them wins, Nuggets could exploit them to rack up more wins to power its way to the top. After bagging 54 wins last season, there is little reason for them not to go higher.

Regular season games in the NBA come in waves fast and there is little time to settle for teams that have new faces on the roster. When such faces are key players like Mike Conley Jnr., Davis, Leonard, George, D’Angelo Russell and Russell Westbrook, there is the need for a long period of game adaptation. That is why LeBron’s “super” teams for instance have largely struggled out of the gate before finishing the season strong.

While the Lakers, Clippers, Warriors, Jazz and Rockets go through the motions to get their new recruits on the same wavelength, Nuggets get to roll out last season’s roster with backup Power Forwards Michael Porter Jnr. and Jerami Grant as the only main additions. This situation gives Denver a strong base to launch itself into a hot start before others play catch up.

All the aforementioned points are moot if there aren’t talented players on Denver’s team that can go toe to toe with any contender in the stacked Conference this season. Jokic is an MVP type player and Murray and Harris could easily win Most Improved Player Award this season while Porter Jnr. could do same in the Rookie of the Year Award race. Throw in backups Grant, Malik Beasley, Torrey Craig, Monte Morris, Will Barton and 2019 World Cup winner Juan Hernangomez and Denver has an 11 man deep team that can win the Western Conference.

Mike Malone does a fine job coaching from the sidelines too to make this happen. Denver Nuggets aren’t expected to play in the Conference Final largely due to inexperience but they have shown comfort playing in the regular season and there is little reason to doubt the team’s chances of grabbing the top seed.